A public-private partnership with Guinea’s national meteorological organization (Direction Nationale de la Meteorologique) and U.S.-based Earth Networks is paving the way for the first-ever operation of a comprehensive early warning system for monitoring and alerting to severe weather within a least developed country (LDC).

With extreme weather increasingly taking a tragic and devastating toll on lives and livelihoods in countries rich and poor, many countries like Guinea in Africa are seeking ways to increase climate resilience. Traditional monitoring and forecasting systems using radar come at high cost, both to deploy and maintain, making them unsustainable choices for developing countries.

This demonstration project is bringing advanced forecasting and severe weather warnings in Guinea into the 21st century by offering radar-like visibility to precipitation, which can then be used to assess the possibility of floods and drought. The technology will also enable real-time, total lightning-based alerting to storms.

“Within a few weeks, it has become possible to actively track thunderstorms, monitor precipitation and issue alerts to severe weather across the country by utilising innovative technology and the country’s existing cell tower infrastructure,” says Dr. Mamadou Lamine BAH, Director DNM and President of Regional Association 1 (Africa) for the World Meteorological Organization (WMO). “Deployment and initial maintenance of traditional radar in a country like Guinea would require upwards of 10 million U.S. dollars, which makes the new technology from Earth Networks a viable and exciting alternative for developing countries.”

The weather monitoring and alerting infrastructure deployed for the demonstration project helps Guinea officials observe, inform and alert to severe and extreme weather:

Observation: Twelve lightning sensors and weather stations, interconnected via the Internet, report a wide range of weather conditions, and provide information on total lightning discharges. Sensors follow both lightning that strikes the ground (cloud-to-ground) and, most importantly, the vast majority of lightning that remains in the sky (in-cloud) and above extreme weather conditions. To maximise existing infrastructure, these sensors have been installed on mobile towers, in partnership with Cellcom. Reliability is enhanced through the public-private partnership in which Earth Networks supports the Direction Nationale de la Meteorologique by managing the backend IT infrastructure.

Alerting: Direction Nationale de la Meteorologique can issue automated Dangerous Thunderstorm Alerts (DTAs), which are based on total lightning. In the U.S., DTAs are issued automatically to millions of consumers, organisations and government agencies, providing them with the fastest warnings to oncoming severe weather. DTAs have been shown to alert 50% faster than warnings based on other technology currently available, providing 27 minutes, on average, of lead time.

“Much like cell phone technology has revolutionised communications by connecting millions of users who previously could not access landline phones, nations within Africa and around the world could benefit from advanced weather technology that is compact, quick to deploy, and easy to operate,” says Earth Networks President and CEO Bob Marshall. “Technology is the key to building resilience and ensuring sustainability in areas prone to weather-related disasters, and we are pleased to partner with officials in Guinea to demonstrate the power and the impact of advanced weather and storm technologies in Africa.”

Telecommunications company Cellcom Guinee is supporting the demonstration project by hosting the weather and total lightning sensors on cell towers and by ensuring the transmission of weather and lightning data via the Internet. “We are fully committed to supporting meaningful initiatives for the benefit of society, and we are extremely pleased to contribute to this important demonstration project to bring new weather alerting technology and innovations to Guinea,” says Mr. Avishai Marziano, Chief Executive Officer, Cellcom. 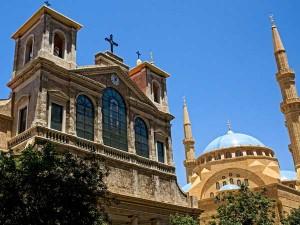