MTN deployed 4.5G in the city of Abidjan to meet rising connectivity demand in the economic capital, while Orange Cameroon increased the speed and capacity of its LTE-A network.

Ecofin Agency reported, MTN's announcement was made in the commune of Marcory. The operator said 4.5G boasts speeds up to 200Mbps, enabling customers to download a 15-minute video in seven seconds instead of 20 to 30 seconds.

Hyacinthe Seka, MTN Ivory Coast chief technical officer said the technology was launched first in Ivory Coast’s economic capital due to high demand for faster and reliable internet connection, and expansion of 4.5G to other locations will come soon. The construction of the operator’s 4.5G network was financed partly by the CAF40 billion ($74.4 million) in CAPEX the company made during this year, although did not detail how much exactly went into this project.

Orange Cameroon said its ‘4.75G’ LTE-A service was boosted in parts of Cameroon, this service was launched in January this year in a number of locations including: Douala, Yaounde, Mbankomo, Sangmelima, Mbalmayo, Ngaoundere, Bafia, Garoua-Boulai, Bandjoun, Bangangte, Ferme-Suisse, Mbanga, Yop and Mengbwa.

It was developed in conjunction with Finnish vendor Nokia and Orange, both began a major regional rollout of 4G LTE in 2018 to upgrade Orange’s RAN and to enhance mobile internet services, reported TeleGeography’s’ CommsUpdate.

Will MTN try a second time for an Ethiopian licence?
Regulation 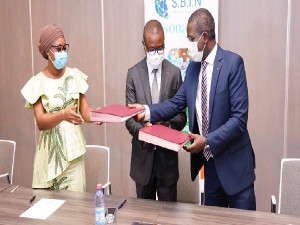