Few industries have been left unaffected by the global chip shortage, which has been exacerbated by the coronavirus pandemic to escalate into a full-scale crisis. The shortage of chipsets has underlined every sector’s dependence on connected technology, and Chinese manufacturers are looking to boost production in order to make up for the recent shortfall.

The US has placed restrictions on the use and import of Chinese-made network equipment and semiconductors, as well as moving to limit the amount of US-made equipment that Chinese firms can access. This has been a factor in the global slowdown in the production of semiconductors, and has prompted China to push for greater self-sufficiency in chipset production.

In a recent example of this trend, China’s leading chip maker SMIC (Semiconductor Manufacturing International Corporation) is jointly investing in a US$2.35 billion chip foundry with Shenzhen’s local government. The facility will focus on the production of 28-nanometer integrated circuits with the goal of achieving a monthly output of around 40,000 12-inch wafer chips. Production is scheduled to begin in 2022.

The factory’s focus on 28nm chipsets has raised questions, with many industry observers noting that these chips are already considered surplus in many overseas markets. However, SMIC notes that the chips are in high demand internationally as they strike a crucial balance between affordability and performance, so increased production will enable it to meet this demand both domestically and internationally.

In addition, the firm has been able to import the necessary equipment to produce the chips. While the US has placed restrictions on a number of Chinese firms, including Huawei, SMIC has been cleared to procure equipment from US manufacturers that will allow it to produce 14nm chips.

Currently, 28nm chips are considered ‘mature’ within the market; anything thinner than this is considered ‘advanced’. US restrictions have limited China’s ability to manufacture mid-to-high end chips, but the China Semiconductor Industry Association expects the country to be self-sufficient in 28nm production within two years. Some industry observers are even more optimistic, claiming that this goal could be accomplished before the end of 2021.

To this end, SMIC is investing 50 billion yuan to expand 28nm production via a joint venture with the Chinese state. This marks the first phase of investment in the project, expected to be completed by 2024.

In a statement, SMIC said: “By seizing the opportunity in Shenzhen to develop the integrated circuit industry, the project can meet growing market and customer needs, and promote our development.”

While the production of 28nm chips will enable SMIC to meet domestic and international demand for the semiconductors, the goal of self-sufficiency will require the ability to produce 14nm chipsets. Local production of these slimmer semiconductors commenced in 2019, and has advanced significantly although they are not yet being manufactured on a mass scale.

In February this year, SMIC partnered with the government of Shanghai to establish a US$12 billion factory to focus on producing 14nm chips and smaller lithography, as part of an initiative by the regional government to make the manufacture of electronics more self-sufficient. The production of 14nm chips is thus expected to become mature next year. The plant will account for a substantial amount of SMIC’s sub-14nm chipset production, and the firm’s new 7nm node will also be manufactured at the facility.

According to Teng Ran, Deputy General Manager of CCIC Research Center, SMIC is already equipped with the technologies to produce 14nm and 28nm chips. Indeed, China’s domestic development of chip technology has exceeded expectations, from the breakthrough of 5G mmWave chips to SMIC’s successful N+1 process.

By becoming the first Chinese firm to master 14nm technology, SMIC enters a cohort that includes companies such as Intel, TSMC, Samsung and UMC. Its 14-nm FinFET technology entered mass production in Q4 2019, marking another first for a Chinese company. The chips represent the most advanced level of independent R&D of integrated circuits in mainland China. In mid-April this year, it was reported that the yield rate of SMIC’s 14-nm chips had reached 90%-95%.

With support from industrial policies and technological improvements, China has become a base for integrated circuit production. While it may not yet be able to produce the most advanced chips in terms of technology, its research into chipset production means that this will soon no longer be the case, and China also offers advantages in terms of cost.

Taiwanese manufacturer TSMC, which has numerous Chinese customers but also sells to the US, announced last year that it would open a US factory in order to quell concerns over imports. However, in real terms the cost of manufacture could be up to six times as high as it would be in Taiwan – particularly given that chips produced in the US cannot be used directly but must first be assembled. This process is accomplished by shipping them to China, inflating their production costs.

In May this year, TSMC Chairman Dr. Mark Liu told CBS that shifting production to the US would not resolve the chip shortage, saying: “I understand the concerns of Americans, but it is not about location; whether it is produced in Asia or not, there will still be a supply shortage”, citing the pandemic as a more significant factor in the ongoing issues. 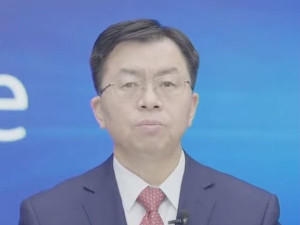