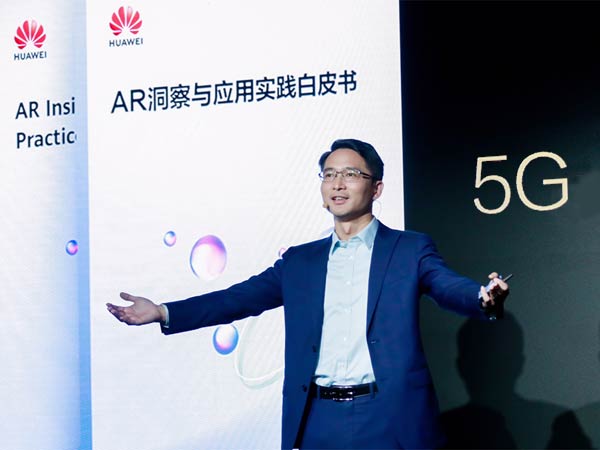 At Huawei’s recent Better World Summit, AR was put in the spotlight. The technology has been around for some time, but its potential is being unlocked by the increasingly widespread availability of reliable 5G networks as these enable the most effective use of AR’s capabilities.

In a new white paper, Huawei details its expectation for AR devices to become as widespread as smartphones is today due to the increasing convergence between AR and 5G. Thus far, the technology has largely seen success in more developed markets such as South Korea, where it is used in sectors such as social networking, navigation and education. Huawei sees these as key applications for AR, while noting that the technology is gaining traction in China’s retail sector.

In other markets, AR is still finding its feet – many start-ups are now developing hardware and creating enabling ecosystems. Operators have a significant role to play in AR development as the technology requires robust 5G networks to deliver an optimum experience; at the summit, Huawei expressed its hope that operators would work together with governments and industry partners to aggregate their available resources to facilitate the growth of the AR industry.

While AR is currently seeing swifter uptake in more developed markets, it is being applied in many markets worldwide, including emerging markets such as Thailand where active AR pilots are taking place. The combination of 5G + AR is being adopted in several key domains such as manufacturing, and it is estimated that the AR market could be worth as much as $300 million by 2025.

The enabling capabilities of AR will incubate diverse types of business opportunities, particularly in sectors such as education and healthcare. For this reason, there is a lot of potential for AR adoption across industry verticals – and the technology can also help to close the digital divide in developing markets.

In emerging markets, AR can help to create additional revenue streams for operators that typically deal with very low ARPU by acting as a ‘killer app’ for 5G. As a clear and attractive use case, AR will encourage consumer migration to the new technology standard in emerging markets, boosting traffic growth and therefore ARPU. An increased number of 5G subscribers represents a significant growth opportunity for operators in emerging markets, so fostering the spread of AR is an appealing prospect in these regions.

When examining the success of AR in more developed markets such as South Korea, there are three main requirements for success. The first is a widely available 5G network that offers an excellent end-user experience. The second is an ecosystem of diverse applications and services, and the third is a reasonable tariff/package plan so that adoption is affordable. Underpinning all of these requirements is the availability of suitable devices.

In China as well as emerging markets, AR has good prospects for monetization in both the consumer and enterprise segments. As 5G coverage increases, a wider range of AR applications will become available as 5G is capable of delivering the requirements of AR – large bandwidth, low latency, and high mobility. However, since AR is computing-intensive and demands cloud computing, greater synergy is required between the cloud and the network.

While AR is not a new concept for the industry, the increasing adoption of 5G creates enabling conditions for AR development, with AR hardware and devices able to deliver better experiences at a more affordable price. In the past, AR devices were usually standalone - with computing, storage and display modules all integrated together - and therefore typically bulky, heavy and costly.

This hindered adoption, but now the cloud allows for some of the storage and computing to be offloaded from the AR device and connected via a 5G smartphone. This simplifies the overall design of the AR device, reducing cost and improving user experience, and making them lighter so that they can be used on the go. Additionally, AR services can be more widely adopted now as large-bandwidth, low-latency networks are readily available – but for the optimal AR experience, both 5G and cloud are essential.

Thus far, there have been three main factors limiting the adoption of AR. These are the high cost of AR devices relative to the poor experience that they have offered in the past; the sluggish growth of the AR ecosystem; and the lack of networks able to provide an optimal AR experience. All of these issues are now resolvable, paving the way for a wider adoption of 5G + AR.