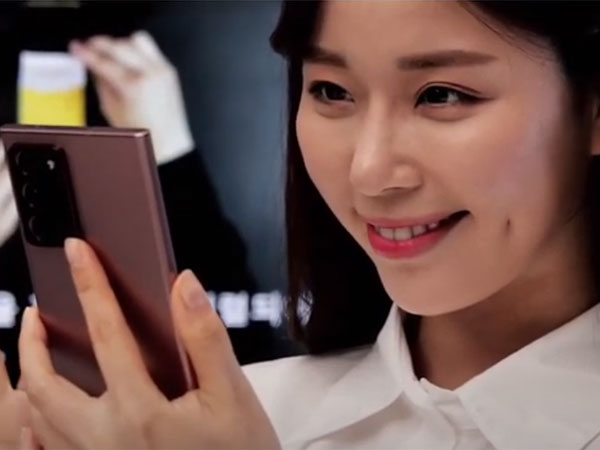 South Korea, the first country to commercialize the fifth-generation network in April 2019, has racked up a total of 15.15 million 5G subscribers at the end of April 2021 that accounted for 21.25% of the total 71.27 million mobile subscriptions in the country.

Korean operators have been pushing for a rapid user migration to 5G networks from 4G, launching relatively more affordable 5G data plans in recent months. While we’ve seen 5G continue to improve in other countries since early deployments, the fact remains that South Korea continues to hold a commanding lead in the worldwide 5G race.

South Korea has now a relatively high percentage of 5G subscribers among 26 countries that have launched 5G services, according to a recent report by Ericsson-LG, a supplier of 5G network equipment. The country's three major mobile carriers - SK Telecom, KT, and LG U+ promised earlier last year to spend up to 25.7 trillion won (US$ 23.3 billion) until 2022 to update network infrastructure and establish nationwide 5G coverage. Obviously, the 5G services in the country are all set for a boom.

South Korea's third-largest mobile carrier LG U+ was one of the first operators in the world to launch 5G and has attracted nearly a million 5G subscribers, reaching 6 percent customer penetration in just 6 months, exceeding its 4G market share. LG U+ is now proving to be the best 5G network in South Korea.

Currently, the South Korean cellular carrier, owned by LG Corporation, has 3.47 million 5G subscribers, according to the data from the Ministry of Science and ICT in the country. The Mobile phone operator's first-quarter (1Q) earnings report (January - March) in 2021 revealed that about 3.34 million LG U+ customers – or about 19.6% of its customer base – subscribed to the 5G service. It added 579,000 net 5G subscribers in the quarter, contributing to a 5.4% increase in LG U+ wireless service revenues. Based on this growth, the company projects its 5G customer base will constitute 40% of total customers by the end of 2021.

LG U+ has an edge over its rivals - it provides users with broad 5G availability and excellent speeds, demonstrating a good network experience. LG U+ has arguably been the most aggressive in launching 5G services.

A report by Strategy Analytics (SA) revealed that continuous service development has been key to its extended reality (XR) service success, while ecosystem collaboration and customer co-creation have unlocked enterprise opportunities in a post-pandemic market environment.

SA also noted that LG U+ enjoys a much higher 5G market share than its overall retail market share. SA notes that South Korea is a highly competitive market where differentiation in network quality and pricing is difficult. LG U+ has succeeded in 5G thanks to a strong focus on Augmented Reality (AR) and Virtual Reality (VR) content, both of which provide a compelling use case for B2C 5G services and also create a source of exclusive content.

RootMetrics, an IHS Markit company, reported that LG U+ has the fastest 5G speeds as well as low latency and strong reliability, stating that these three features give the operator an edge over the competition even in the early phases of 5G deployment.

Network performance and a growing footprint are big reasons for the success of LG U+’s 5G service. The RootMetrics speed test report showed that LG U+ has the fastest 5G download speeds among South Korean mobile carriers, posting an impressive 476.5 Mbps throughput in Seoul. LG U+ also claims the largest 5G footprint in South Korea, covering 6,064 square kilometres as of December 2020.

Seoul also recorded the highest 5G availability in the world at 95.2%, significantly higher than a number of major global cities including New York City (74.1%), Zurich (45.6%) and London (43.7%). LG U+ provided strong speeds nationwide but was especially impressive in Incheon and Seoul, where it delivered the fastest speeds of any operator, exceeding 640 Mbps in each city.

LG U+’s median download speed of 664.2 Mbps in Incheon was not only the fastest in the city, but it was the fastest of any operator across all four cities. At that speed, users could download a 600MB video in only 8 seconds. With speeds above 436 Mbps in all four cities, and above 640 Mbps in two of those cities, LG U+ customers should find fast speeds and quick file downloads in all of the cities RootMetrics visited.

According to RootMetrics: "5G availability was generally broad in all four cities and approached 100% in Seoul. LG U+ led the way with 5G availability of at least 80.2% in every city, with remarkable 5G availability of 94.9% in Incheon and 95.2% in Seoul. In short, LG U+ customers should find widespread access to 5G in any of the cities we visited. KT and SK Telecom also posted broad 5G availability in general. 5G availability for SK Telecom and KT dipped in Gwangju, but users are still likely to find 5G service the vast majority of the time. The LG U+ network stood out with the best and most consistent speed performance among the South Korean operators.”

Speed isn’t 5G’s only capability, with higher reliability and lower latency, it also enables a range of services. LG U+ was the only operator with a latency below 30ms in every city, which recorded its lowest latency of 22.0ms.

"Low latency in South Korea means lag-free gaming. The lower the latency the better, and when the latency is below roughly 50-60ms, consumers should be able to enjoy responsive gaming and video streaming with little to zero delays. LG U+ was the only operator with latency below 30ms in every city, while KT stood out for recording the lowest latency of any operator at 17.0ms in Incheon. LG U+ was excellent in Seoul, where it recorded its lowest latency of 22.0ms. SK Telecom, meanwhile, was consistent across the board, with latencies ranging from 40.0ms in Gwangju to 42.0ms in Seoul," the RootMetrics report stated.

The report also revealed that LG U+ uses its 5G bandwidth more efficiently than the other operators in three out of four cities: “While LG U+ had less 5G bandwidth (80 MHz) than either KT or SK Telecom (100 MHz each), our results showed that LG U+ made the most efficient use of its 5G bandwidth in three out of four cities in 1H 2021.” The high efficiency of LG U+’s network stems from its use of Huawei 5G Massive-MIMO equipment to achieve the highest spectrum efficiency in Seoul and Incheon.

On the consumer side, as mentioned above, LG U+ has already added 5G AR and VR applications, offering an entirely new video experience of popular events such as K-pop concerts, musicals, exhibitions, and offsite education across a wide range of devices. LG U+ also launched the 5G Smart Home Pack, pairing Internet of Things devices with 5G connectivity, and recently staged a demonstration of a 5G-based self-driving car with autonomous parking capabilities.

Even during the Covid-19 crisis LG U+ was able to stay connected to customers with its contactless retail store, highlighting that the value of 5G is not just in video, but across a range of solutions which can deliver the right information to customers at the right time. When edge computing, cloud, Internet of Things (IoT) and big data are put in place, 5G is not just a network but a total solution providing real-time value to customers.

According to LG U+ senior managers, while consumer applications are grabbing the headlines, they believe a greater opportunity will be in the B2B space where 5G applications promise to improve operations, productivity, and revenue.

In operational terms, LG U+ reported that its wireless subscriber base had risen to almost 17 million as of 31 March 2021, up from 15.5 million a year earlier, representing a 9.4% year-on-year increase. 5G accesses continued to account for an increasing proportion of the overall subscriber total, with the operator confirming that 3.3 million customers were using the latest generation of mobile broadband technology at the end of March 2021, more than double the 1.5 million reported a year earlier.

The successful realisation of 5G applications has enabled LG U+ to improve its financial performance. With an increase in revenue and a reduction in marketing expenses, the company recorded an operating income of KRW276 billion (USD 244m) in 1Q 2021, representing annualised growth of 25.4%. LG U+ reported a net profit of KRW201 billion (USD177m) for the opening three months of 2021, up 35% from the KRW149 billion (USD 131m) reported for the corresponding period of 2020.

LG U+ is, moreover, redoubling efforts in its sustainable energy drive, taking part in a government-led project to utilize IoT devices, AI, and big data technology to boost energy efficiency in industrial complexes. LG U+ has announced it will establish a cloud-based energy management system at an industrial complex in south-western Incheon, a port city west of Seoul, allowing companies inside the complex to track and analyze their energy data without the need to install additional infrastructure. The system allows for efficient energy management and is expected to reduce costs and help cut down on greenhouse gas emissions, according to LG U+.

Another innovative idea introduced by LG U+ as part of its social commitments is a Child Fingerprinting campaign. The program helps parents drastically reduce the time for finding a missing child from 56 hours to 52 minutes. According to a CNBC Catalyst video "5G and AI hold this tool and technology to make that happen. The 5G technology is definitely transforming our daily life."

Permission to display this video has been granted by CNBC.

As 5G penetration increases, service sales growth is also accelerating while marketing costs are expected to decline, auguring well for LG U+’s future. Based on the current growth, the company projects its 5G customer base will constitute 40% of total customers by the end of 2021. 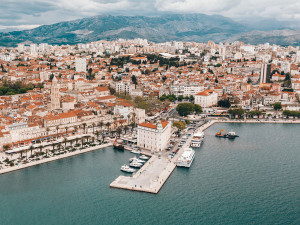