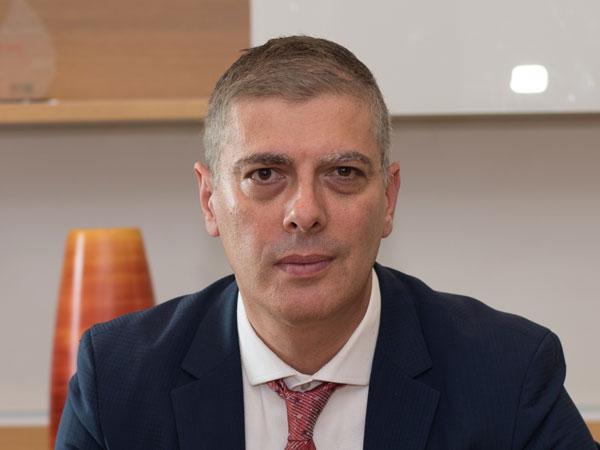 Delivering reliable coverage in Africa presents many logistical challenges, but since joining Airtel Africa in 2016 the group’s Chief Technology Officer Razvan Ungureanu has overseen the expansion and development of the operator’s networks into some of the continent’s most isolated and unconnected areas.

Developing Telecoms spoke to Razvan about facing the unique deployment challenges that the continent presents, as well as the importance of an efficient network in a low ARPU environment.

There are two aspects: from a design perspective, to expand our network we look at where we have a density of population that is not covered, and identify how to address this. This is one of the challenges in Africa because the databases are not very accurate – we keep our satellite databases as up-to-date as possible but it’s still not entirely accurate.

We take all the satellite databases that are available commercially, and we collaborate closely with Facebook to identify the source of their traffic – if there’s Facebook traffic, there’s a user base, whether it’s covered by us or not, so it makes sense to deploy there.

We also use Google Maps; if there’s an indication of buildings then there’s also population present. This increases the accuracy of our rollouts and therefore our presence in the field. As soon as a site is up, the commercial team identifies how many points of presence we have there, which aligns the technology aspect with distribution.

We need to identify how many sites we have without any distribution points – this is a clear KPI for us. Access to transportation is very poor in Africa, so if a customer has to walk 10km to recharge their phone it doesn’t make sense, so we need to make this functionality more accessible to the population. We base the number of distribution points on the population within certain areas.

In some of the areas you cover, there is a lot of temporary accommodation, e.g. refugee camps – does this make rollouts more challenging?

Refugee camps are particularly challenging – at the border of Niger and Nigeria, in the north of Uganda, you have populations leaving. If there’s a Boko Haram attack in Nigeria, full villages become empty for weeks or months. To manage this volatility of population presence, we use information on the ground to tell us where the population is located, even if it’s in temporary constructions. This allows us to identify them and try to serve them.

Do you encounter hostility in delivering services?

We don’t have hostility from the population as they really need our services, so they’re very happy to receive them. It’s more typically terrorist organisations that cross into other markets and target telecoms infrastructure, as they see it as a key means by which the population can inform the authorities that hostiles have entered the country. Our installations are specifically targeted by such organisations, which can make working in Africa very challenging.

Power is another major issue that’s barely a consideration in Europe or the US. We have one of the biggest fuel distributions in Africa, because a lot of sites aren’t powered so we have to deliver fuel there. The logistics factor in personnel security, and you have volatile situations such as the coup attempt in Gabon a few years ago which resulted in a complete lockdown. We are frequently instructed by authorities to block internet access, and it’s often very selective – they’ll demand certain services remain live while VPNs are shut down, for example.

What are the advantages of Africa’s lack of legacy architecture?

We are working on disruptive distribution, starting with power delivery and going up to network architecture. Over the last few years, the strategy of tier one operators in Europe and other major markets has been centralization, but with the introduction of 5G the exact opposite is required – you have to explode everything and move it as locally as possible, which goes against the flow of the last 10 years.

In Africa, we’re building the foundations of an innovative architecture that’s ready for 5G or even 6G. Taking the example of the DRC (Democractic Republic of Congo), two or three years ago we only had 3 data centres there and they were connected very loosely via microwave backbone. If anything disrupted the area – whether armed conflict or heavy rain – we lost service.

We started to realise that despite being such a huge country, all the traffic was surprisingly localized – the international need was primarily for data. For global traffic, a more centralised architecture is needed but given that in Africa call flows are largely local, it’s enough to put in a packet core and a gateway for local calls. This way, even if there’s a complete disruption, local calls still pass through and internet is beamed via satellite. A few years ago in DRC, availability was about 97-98%, whereas now it’s 99% and we’re moving towards the ‘five nines’ availability typical of western networks.

What will happen in the future will be operators moving CDNs more locally and regionally, pushing it to the edge so that their architecture becomes more 5G and 6G compatible. In this way, the investment in 5G isn’t required today but our backbone will be ready for it in the future.

5G and 6G are likely still a way off in Africa – what’s the state of 4G deployment?

When we started in 2016, a lot of people didn’t believe in the potential of 4G, and even today the penetration rate of 4G handsets across all African operations is around 16%. There are extremes; in the Seychelles it’s around 75%, whereas Rwanda is 6%, but in the most significant markets like Nigeria it’s around 21%.

A lot of our competitors invested small-scale, and targeted high-end markets such as city centres with the attitude that if everywhere had 3G then bonus 4G coverage was enough. We took a totally different approach that was derived from India: deploy the 4G network and the customer will follow, driving traffic.

This is what we’ve done, and we have a lot of countries now where our footprint is 100%; Uganda, Malawi, Zambia; we’re close in Nigeria. In Africa as a whole, 95% of our network is 3G and 76% is 4G – we’re around one financial year away from bringing the 4G rate above 90%. The challenging part is delivering coverage where the business case doesn’t make sense – not from a radio perspective, but from a transmission perspective – but even so, the belief that Africa doesn’t have adequate 4G coverage is wrong. Our benchmarking is equal to that of any European 4G network in terms of performance.

Even with 5G, we’ve done speed tests showing 1Gbps throughput and 60ms latency; what matters is not the end result, but the delivery and the cost. I think we’re one of the most efficient networks in the world; when you’re operating on US$1 ARPU, you need to provide services in a straightforward way. In Africa, your EBTIDA needs to be above 30% and your market share above 25%, or frankly you die – there’s no room for deviation or trials.

So when will 5G become deliverable efficiently enough to make it viable in Africa?

I truly believe 5G is a winning technology, but there are a few elements that make me very cautious.

The first of these is the power and volume aspect. There’s commercial 5G and real 5G; with the former, you just activate DSS in your network and the phone says it’s receiving 5G, but that’s not real 5G. There have been studies into major operator networks that found that DSS activation degraded the performance of their networks because it takes up network capacity.

The second is handset availability; in my leading market, 5G handset penetration is 0.08% - 21,000 mobiles in Nigeria. The market share is so low that it doesn’t make sense for us now.

This means that for 5G to take hold in Africa, we need to develop both the commercial and technical aspects. The commercial aspect will require a new business model with the towercos, allowing us to add new radio heads without exploding our OPEX.

Every year, the price, weight, volume and power consumption of these radio heads can drop by 25%-40%, which means we’re still around 2-3 years away from a technical point where it makes sense to roll out the technology. The most developed network in the world is in China – and they reached a point where it was too challenging from a business perspective to continue running 5G, so they switched it off during business hours because it was too expensive to power. I don’t want to reach that point.

Are there any other considerations around 5G deployment?

We then have the issue of NSA (non-standalone) versus SA (standalone) – NSA was the first to be launched, and I don’t see a big difference between it and 4G networks. The issue for Airtel today is maintaining 2G, 3G and 4G due to handset penetration. In more developed markets they can shut down 3G and devote the airwaves to 4G to reach peak throughput more comparable to 5G, so what’s the difference between 5G and 4G if you don’t need network slicing, massive IoT, etc? I believe it only makes sense to roll out SA 5G; deployments only started this year, so it’s very early and we need to identify the issues in the market.

There’s also a geopolitical aspect; Chinese vendors face bans in western markets, and this has led to everyone talking about open RAN. However, while the vendors are there, their hardware is not very mature; it might have 100 power cycles daily, and so if we have to use this in an environment where the temperature is reaching 40-50 degrees Celsius, it will not be as reliable as hardware from core vendors. The technology needs to mature more – and to be honest, Africa would be a great acid test for it. We’re currently conducting a trial in Nigeria with ATC, although we don’t have results to share yet.

So it will be some time before we see significant 5G investment in Africa?

At the moment, I believe investment in fibre is more prudent – intermeshing and upgrading data centres to Tier 4, densifying them, preparing them for edge infrastructure, moving the core towards NFV architecture. When you have every second site connected to fibre, that’s when Africa is ready for 5G. In the meantime there are still 2-3 years of significant 4G deployment to come, with plenty of under-exploited spectrum left.