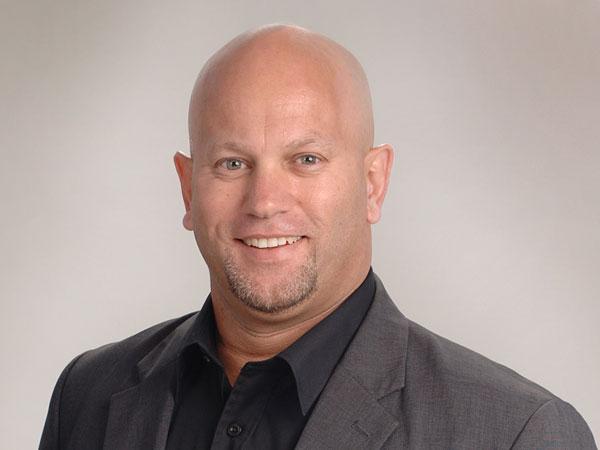 Satellite firm Intelsat has been a driving force in delivering connectivity to the African continent – particularly to remote regions better suited to satellite coverage than traditional infrastructure.

Can you tell me more about the Vodacom Business Nigeria deal and the benefits it delivers?

Intelsat has been serving Vodacom for years on an international basis. One of the projects we worked on is the installation of a network of 800 rural sites in DRC connected to Intelsat 28. Vodacom Business Nigeria, one of their business units, was interested in how we drive business efficiency with Intelsat EpicNG, as three of them are serving Africa at the moment (including Intelsat 35e). We were able to demonstrate the platform’s higher throughput and efficiency, both into Nigeria and beyond borders.

They needed a solution that would give the right sort of coverage, but they were also considering the business cost while looking at using their installed base. With Intelsat, Vodacom benefit from high efficiencies using C- and Ku-band and a greatly reduced total cost of ownership. Intelsat EpicNG’s backward compatible design and open architecture allow them to use their existing hardware or select the appropriate hardware when seamlessly migrating their existing network onto the high throughput platform, resulting in minimal capex investment and operating costs.

Intelsat will also help Vodacom as they continue to expand, since we have 26 satellites over Africa including three Intelsat EpicNG satellites.

Is satellite better positioned to deliver connectivity only in remote areas?

Satellite plays a critical role in providing high quality services to enterprises in traditional remote regions, but also in urban and suburban areas. For instance, there is constantly construction underway in Lagos and there is some fibre instability as a result. The advances we’ve made have helped, and today satellite is a key complementary technology in urban and suburban areas.

Whether it is bringing connectivity to the oil and gas sector or to tropical regions, ensuring a quality of network to end-users is crucial. If you’ve followed the Africa telecom landscape, enterprises want to innovate and connect as quickly as possible and having a partner like Intelsat provides redundancy and facilitates growth.

A key issue is the ease of deployment and this is getting better. Smaller kit size enables deployment in areas you couldn’t have access to before. Also, Vodacom looked at our roadmap to the future when selecting Intelsat 35e. They looked at what we have, and where we are going. Intelsat EpicNG’s open architecture provides scalability and flexibility - we’ve invested in key technologies like flat-panel antennas from Kymeta, and we’ve been building towards interoperability of LEO and GEO networks. These advancements make it simpler to connect to satellite and we are therefore well positioned to deliver solutions that respond to Vodacom’s current and future requirements.

Which technologies do you think could pose the greatest threat to satellite in the future?

Satellites are uniquely positioned to economically and competitively deliver broadband infrastructure, supporting a diverse range of business segments for the benefit of consumers - even in rural areas lacking critical infrastructure - so I don’t think that satellite will be threatened, it will get stronger going forward.

In fact, satellite is likely to be the threat - it will play a key role in a hybrid environment that combines fibre, wireless networks and satellite, serving customers at all levels. That’s why we’ve partnered with OneWeb: our plans for fully integrated GEO-LEO services mean that we provide customers with a Technology Roadmap to the Future. The hybrid GEO-LEO end-user access terminals we’re working on furthering our vision to lower the cost and improve the accessibility of satellite-based broadband, thereby making it available to more markets.

At the end of the day, the end-user experience is key and satellite provides high quality services to enterprises and end-users. Some regions are still transitioning to 3G and 4G, but as 5G network deployments begin to accelerate, satellite’s position will be strengthened since the satellite sector has a particularly important role to play in quickly delivering services to users – from dense urban areas to remote geographies. The development of low-cost, easy-to-deploy remotes that integrate satellite capabilities into the terrestrial equipment providers will be critical.

Does the development of terrestrial networks have an impact on the cost?

The Intelsat EpicNG design is groundbreaking, with the satellites aimed at delivering higher performance, better economics, and simplified access. Cost is an important factor and EpicNG’s higher performance enables to reduce the cost per-bit for operators. Intelsat EpicNG is complementary to a ground infrastructure; ground efficiencies are also important as they make it affordable from the African perspective.

Do you think initiatives like Google’s Project Loon will threaten satellite’s relevance to rural connectivity?

Countries are looking for the best solution to connect. Lots of them have expectation to develop traffic and a hybrid solution that seamlessly integrates different technologies will enable them to succeed. While lot of technologies are coming, satellite will be involved, working with others, and Intelsat is well-positioned to respond to the growing needs.

The Internet is a tremendous, undisputed force for economic growth and social change, and everyone wants to connect remote regions. Satellite connectivity is the easiest way to deliver Internet services to the most people in the shortest possible time frame in infrastructure-poor rural and remote areas. It is also becoming more cost-efficient, as the combination of technology improvement with innovations in the ecosystem and service models help to expand internet access affordably. For instance, as the expense of terrestrial buildouts often cannot be justified in remote regions that lack electrical infrastructure, a full-service, solar-powered solution such as Intelsat Mobile Reach Solar helps MNOs expand networks in a cost-efficient manner, while addressing the challenges associated with deployment, cost and operating challenges.

Could you tell me some Africa-specific examples where satellite proved to be the most effective connectivity solution?

Intelsat worked with the UNHCR in Ghana to connect a refugee camp of 2,000 people. The combination of Intelsat’s traditional satellites and Intelsat EpicNG helped overcome some very specific challenges to this effort. For the UNHCR, Intelsat offered the assurance of easier access to satellite technology and enhanced performance to coordinate aid efforts; for the refugees, it meant staying in touch with their families. Intelsat has also partnered with Coca-Cola to establish Wi-Fi access at certain retail facilities in rural areas, enabling personal and commercial connectivity for citizens.