State-owned operator Oman Telecommunications (aka Omantel) is said to have attracted three bidders interested in buying its tower network.

According to Reuters (citing an unnamed source) Omani infrastructure fund Rakiza, partnering Mauritius-headquartered telecoms group IHS Towers, is among the bidders, along with Oman Towers, which leases telecom towers and other infrastructure, and Helios Towers, a tower infrastructure firm.

The total funds at play here could be more than $500 million, which, it seems, is urgently needed by Oman. Like many countries its economy has been hit by the coronavirus. However, as it is an oil producer, the ongoing slump in oil prices has also been an issue.

We will probably have a response to the bids later this week. About 3,000 towers are expected to be included in the transaction, which is typical of a number of tower sell-offs recently undertaken by telecoms operators, involving offloading ownership of towers and then leasing them back.

In February, for example, it was reported that Kuwait’s Zain Group had completed the sale and leaseback of the passive physical infrastructure of its 1,620 mobile towers for $130 million to IHS Holding Limited.

That deal was described as the first sale and leaseback of telecoms towers in the Middle East by a licenced mobile operator. It clearly isn't going to be the last.

Admittedly, Oman, due to economic problems of its own, may have different incentives from those of many countries to sell off the towers owned by the state-owned carrier. In particular it needs to diversify away from reliance on oil revenues.

However, given that tower infrastructure apparently offers little competitive advantage to operators due to broadly similar network quality and coverage, one wonders whether these sort of sales by operators to dedicated tower companies will accelerate. 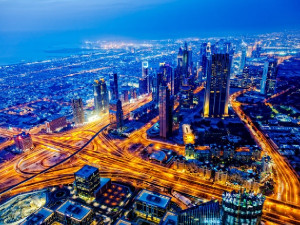