Saudi Arabia's cellular market moved from 12th place in 2004 to 6th in 2005 as the Kingdom successfully introduced competition in its cellular market. The results are based on the Arab Advisors Group annual Cellular Competition Intensity Index, devised in order to rate and properly assess the level of intensity of competition within the Arab world's cellular markets. The index takes into account the number of operators, packages, and services available in each of the 18 countries covered by the Arab Advisors Group. Each category is assigned a certain weight according to its importance as an indicator of competitive behaviour.

Ahmad Al Assad, senior analyst to the Arab Advisors, points out that those cellular markets that are the most currently competitive are all ranked towards the top of the list, followed by the duopoly markets and, finally, the current monopoly markets.

The Arab Advisors Group has at the same time analysed the ownership structure and revenues of all fixed line and cellular operators in the region. This was intended to shed a light on the actual level of privatisation and state ownership in each country, measured by the proportionate share of total revenues for the year 2004.

Lebanon, Oman and Libya had the least privatised telecom markets, with 100% government share (total ownership) of telecom revenues. These three also scored in the bottom half of the Cellular Competition Intensity Index. 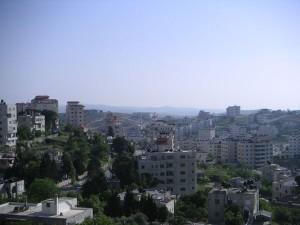