The GSMA’s director general Mats Granryd has called for “sustainable partnerships” to bolster the positive social and economic effects of the mobile industry in Africa.

Speaking at the Mobile 360 Africa event, Granryd noted that the sector is playing a major part in moving towards the UN’s Sustainable Development Goals (SDGs), saying: “Some may view pursuing the SDGs as mainly CSR, something that ‘makes business look good’. But it’s clearly much more than that. It is good business – I want to stress that, it’s good business. We all need to make money, but we need to do it in a sustainable way.”

“The mobile industry cannot solve the challenges of the SDG’s alone – no one can. Governments, industry, humanitarian organisations, and individuals, we all must come together to build sustainable partnerships that will achieve the SDGs,” added Granryd.

He noted that mobile broadband growth in the region was strong, with a third of networks in Sub-Saharan Africa using 3G or 4G technology in 2016. By 2020, this figure is expected to double to 66%. Additionally, over the past two years the penetration of smartphones in the region has doubled.

Africa has long been the standard-bearer for mobile money services, which have been massive success in the region with 140 services active across 39 countries, encompassing 280 million registered users. Innovative solutions have seen success in Africa, with issues such as unreliable grid power resulting in around 4.8 million people in the region benefiting from pay-as-you-go solar power.

Granryd highlighted that sectors such as healthcare and agriculture also presented such opportunities, noting that Sub-Saharan Africa’s mobile industry represented 7.7% of the region’s GDP in 2016 – around $110 billion in terms of economic value.

He said: “To support all this investment and innovation, we need governments to put in place policies that incentivise investment and promote development of the digital economy. Forward-looking governments will encourage the build-out of good networks that improve connectivity and innovation and also make sure that regulation is developed for the new digital age.”

Also speaking at the event was the Vice President of Tanzania, HE Samia Suluhu. She also talked up the importance of mobile to the region, saying that Africa was undergoing “a massive migration from the analogue to the digital age” and that “it is evident that it is only though the mobile industry we are able to unlock the economic potential of the region.”

“We can no longer overlook the critical role the mobile industry plays in our economy”, said Suluhu. “Such a direct and affordable channel before has never existed, and mobile phones are now held as critical enablers to eradicating poverty in all its forms and achieving the sustainable development agenda.”

She also described the potential benefits that mobile could bring to the healthcare, finance, education and agriculture sectors – but warned that the large percentage of Africa’s population that lives in remote locations without telecommunications coverage must not be excluded from these benefits.

“In order to abet this situation, the mobile industry has a critical role to play. This role needs to be complemented by all, governments, the international community, the private sector, and civil society organisations, in order to ensure expansion of connectivity while lowering barriers to access and also by guaranteeing that tools and applications are developed with vulnerable communities in mind,” she said.

“In many of our countries, budgetary constraints for infrastructure and lack of qualified human capital have been responsible for failures in having a vibrant mobile industry. For the case of Tanzania, a wide geographical area and poor connectivity has also made it difficult to make quick progress in this regard. Reaching sparsely populated areas with infrastructure is deemed uneconomical for mobile service providers. However, the government has been working hard to ensure that these challenges are met accordingly, although much still needs to be done,” she concluded. 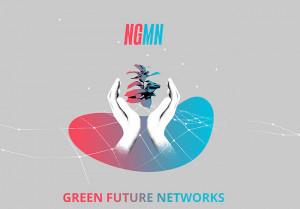