The country’s issues are compounded by the poor condition of fixed-line networks which has held back the development of fixed-line internet services. As a result, Burkina Faso’s fixed-line services are proportionally some of the world’s most expensive. The incumbent Onatel, which is now 61%-owned by Maroc Telecom, operates the country's fixed-line network as well as one of the three mobile networks, Telmob.

Mobile telephony has experienced strong growth since competition was introduced in 2000, and the government is preparing to amend legislation to improve regulations and the legal framework governing the telecom sector. Additionally, the country has joined the G5 Sahel initiative to eliminate roaming fees by 2019.

There has been some fluidity in ownership, with Zain having been acquired by Bharti Airtel before being sold on to Orange Group in 2016. Although market penetration remains below the African average, it continues to grow steadily. Onatel's FasoNet is the country's leading internet service provider, offering DSL and EV-DO services.

Internet penetration is extremely low. This is exacerbated by the high cost of connectivity – an issue that persists even though prices have declined since 2011, when fibre links in adjacent countries ushered in improved international bandwidth. These links provide access to the region's international submarine cables.

Although about fifty ISPs have been licensed, only three compete with FasoNet and collectively these have fewer than 1,000 subscribers. Vodafone Wholesale and Huawei have completed a cable to the Ghanaian border, while Huawei has begun the first phase of a new national fibre backbone project. Additionally, the country’s government is pushing ahead with a XOF23.6 billion (US$39.8m) project to provide metropolitan fibre-optic infrastructure.

As a result of poor fixed-line infrastructure the mobile operators have become significant players in the internet sector, accounting for most connections. Orange Burkina Faso has launched LTE-A services, and the government has proposed technology-neutral licences to boost mobile broadband connectivity. 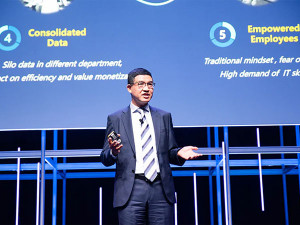