Ugandans are now able to access the internet again following a five-day blackout that was imposed two days before the country’s presidential election.

However, as reported by the BBC, certain social media applications such as Facebook and Twitter had not been restored as of 18th January, and were accessible only via VPNs.

The social media block was imposed on 13th January after Facebook shut down several accounts connected to the ruling National Resistance Movement (NRM) party, reports TeleGeography. An investigation by Facebook showed that the accounts had been used for coordinated attacks on opposition members.

The shutdown of social media had major ramifications as the sites were key publicity tools for opposition politicians. Many Ugandan media outlets are state-run or sympathetic to the country’s longstanding incumbent government.

President Yoweri Museveni, who has held power since seizing it in 1986, was declared the winner of the election, although allegations of violence, voter suppression and ballot stuffing have thrust the voting process into the international spotlight.

Opposition leader Bobi Wine of the National Unity Platform (NUP) alleged that the election had been rigged, and further claimed to have been under effective house arrest since the results were counted, stating that the army had surrounded his home.

As reported by The Guardian, deputy military spokesperson Lt Col Deo Akiiki claimed that the military presence was aimed at protecting Wine’s security as a presidential candidate.

NUP spokesperson Joel Ssenyonyi told Reuters that the party was gathering evidence of voting irregularities and claimed that its offices had been raided, saying “they [the NRM] don't want work to continue at our offices because they know that we are putting together evidence to show the world how much of a fraudster Museveni is.” 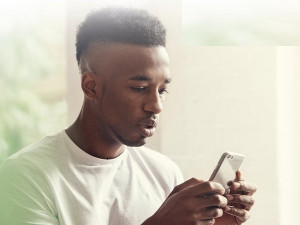