Congolese callers who are out of credit can still get through to their friends under a new service appropriately called Pay4Me. Operator MTN and customer management service Sicap have combined to market the product which runs on the same basis as a collect call basis...

MTN Congo and Sicap have released details of the recent launch of a new service marketed under the Sicap product name of Pay4Me. The solution allows MTN subscribers to bear the cost of a call from loved ones who are momentarily out of credit. Essentially a collect call service, Pay4Me opens up the opportunity for all MTN subscribers to call other MTN numbers, even when out of credit. The subscriber simply dials a short code before their correspondent’s number in order to send a collect call request. The correspondent receives notification and presses 1 to accept the charges.

The Sicap Pay4Me solution works “on all phone models and for all subscribers. It is simple to connect to the billing system for the operator and economical on network resources due to the usage of the USSD channel.” An additional feature of the solution is the ability for the subscriber to create a white list, where up to five selected MTN friends and family collect calls are automatically put through.

Benefits of the Sicap solution in Congo are claimed to be threefold. Firstly, by choosing to roll out Pay4Me MTN gains in brand image. The service, supported by an advertising campaign showing a young girl calling her father, fosters sharing among loved ones. Secondly, the popularity of the MTN community service fosters “stickiness” among MTN users and hence loyalty to the operator. Thirdly, Pay4Me offers Congolese people an innovative solution to everyday prepaid recharge problems, generating revenue from calls which otherwise would not have been made.

MTN Congo Sales & Marketing Director, Gandé Dagba, said that the Sicap service marked MTN’s intentions to consolidate its position as leader in innovations in Congo, while the MD of Sicap Africa, Yann Pognant, said that “Pay4Me has been embraced by operators in Central and West Africa because it is a simple service that mobile users in the region really want.”

* MTN Congo is a mobile telephone company created as a result of the takeover on 9 December 2005 of Libertis Telecom, which had already been operating in the Congo for six years. The company's shares are now held entirely by the MTN International Group, whose investments in the Congo doubled between in 2005 and 2008. The investments are mostly focused on boosting quality and acquiring new sites in the Republic of Congo. MTN Congo is present in more than 300 towns and villages in Congo Brazzaville, with the current rate of coverage more than 80% of the Congolese population. MTN Congo has over one million subscribers and has created almost 300 direct jobs and more than 10,000 indirect jobs. 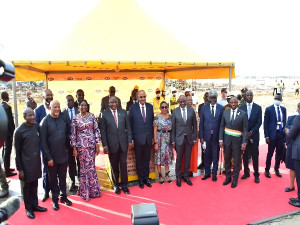