The Mobile Entertainment Forum has expanded into Latin America with a launch in Brazil, a market forecast to achieve tremendous success in the infotainment sector. So far, 26 founding members of the MEF’s Latin American branch have been declared...

Mobile Entertainment Forum (MEF), the global trade association of the mobile media industry, has announced the launch of its Latin America chapter (MEF LATAM) with an inaugural meeting in Sao Paulo that attracted over 100 companies across the value-chain.  MEF LATAM’s mission will be to foster an environment conducive to driving mobile entertainment development across the region by creating dialogue between the industry and regulators, as well as driving initiatives that promote best practices and sustainable business solutions.

Ron Czerny, Acting Chair of MEF LATAM and CEO of Playphone says, “MEF provides a strong vehicle for the mobile entertainment industry as a whole to represent its interests through one coherent voice. The quality of the founding members is a great achievement for MEF LATAM which will serve as a source of strength for achieving solutions and clear results in the region.” During the meeting, Filipe Roup Rosa was announced as General Manager, MEF LATAM. He is based in Sao Paulo which will serve as the regional headquarters.  Several senior executives of the MEF have made clear their determination that the MEF should succeed. Filipe Roup Rosa also highlighted that, “the growth of mobile media in Latin America is exponential but that speed has created gaps in regulation. MEF’s intention is to act strongly to address regulatory issues and tackle problems such as the tax burden on our industry with effective measures. We will also act quickly to elect the first regional board of MEF LATAM and implement the action plan set out by members.”

Rimma Perelmuter, MEF Executive Director, stated that, “MEF's international expertise in working with regulators, identifying sustainable business models and accelerating market entry opportunities will foster the growth of the industry and deliver competitive advantage to our members. These tools have made MEF successful worldwide and will form the core aspects of our work in LATAM."

Suhail Bhat, MEF Policy and Initiatives Director, reinforced the importance of achieving progress through self and co-regulation: “Our goal is to foster collaboration between local regulators and our members. Underpinning the phenomenal growth in Brazil and the future success of the mobile entertainment industry is consumer trust in mobile media. Growth comes from having regulatory frameworks or Codes that are transparent, consistent in their application and proportionate to the harm they are trying to prevent.” He also stressed the need to educate regulators on the developments in the industry and to ensure they understand the complex nature of mobile content and service delivery.

* The Mobile Entertainment Forum was formed in 2000 to represent companies throughout the entire mobile entertainment value chain. As the global trade association of the mobile media industry, MEF works on behalf of its diverse membership to drive mobile entertainment adoption, shape regulation and deliver competitive advantage to its members. HQ is in London, alongside a Hollywood-based Americas secretariat, an Asian chapter in Singapore and the newly expanded EMEA branch. Founding member status is open until January 31, 2010. 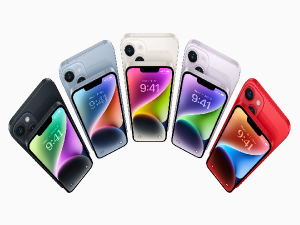