Global Mobile World Congress
Alec Barton, Publisher of Developing Telecoms, gives a personal view of his visit to Mobile World Congress in Barcelona. Please do not supply him with any paper press releases. And go green - this is the example the emerging markets can show the developed markets...

True to Developing Telecoms' on-line roots, I continued the policy first adopted in 2007 of not accepting paper press packs. A number of exhibitors have applauded this policy in past years but in equal measure it has raised comment and some companies have found it rather too radical.

What a difference a year makes. In line with the industry's new-found interest in green telecoms, press officers universally boasted their concern for the environment by embracing every form of digital delivery created. Better late than never and a welcome end to backache and excess baggage charges. Yet I can't help wondering if this new found on-line zeal also reflects a need to cut costs.

Talking of which there were general touches of austerity visible. No more road-show trucks parked up in the main avenue and fewer freebies all round. Barcelona municipality even canned free travel on the metro for the press! But enough of minor personal inconveniences. What difference has a year made to the communications industry? What were the key themes and developments at MWC 2009?

The economy
Inevitably this dominated many discussions. A couple of big companies stayed away, at least from the exhibition halls if not the city itself. Given the excessive spending many exhibitors still appear to believe it is necessary to indulge in, can you blame them? Certainly not customers who will benefit from their saving the odd half-million dollars on trade shows.

Overall the atmosphere was more subdued and visitor numbers were down but not badly. In many ways this was a relief as it made it easier to move around.
More worrying for the GSMA was the noticeable decline of content providers in a half-empty Hall 1. People I spoke to seemed in agreement that visitor quality remained as good as ever and most companies, while expressing caution about the next 12 months, were quietly confident that telecoms in general and emerging markets telecoms in particular will avoid the worst of the slow-down. Where projects are in question, it is more from delay than outright cancellation.

The need for CSPs (Communications Service Providers) to get better value for money was also a strong theme. However, how to achieve this opinion is sharply divided, with medium-size vendors claiming to detect a trend towards a vendor pick-and-mix while majors detect a trend to greater consolidation. Either way there was bad news for System Integrators who everyone agreed are being squeezed at both ends.

Industry
With Nortel going into administration a few weeks before the show, it was a surprise to see them exhibiting. Who they expected would visit their stand remains a mystery: both new and existing customers were surely looking elsewhere. Few expect Nortel - a respected company with a great technology pedigree - to disappear completely. But some kind of break-up seems almost inevitable.

If there is one thing that was abundantly clear at this year's MWC it is that the global communications business has changed fundamentally in the last three years at every level. Companies with business models which have not changed in line with this will not survive. So rather than a general downturn there will be losers and winners.

Speaking of which, of the big six core network providers (Ericsson, Alcatel-Lucent, Nortel, Nokia-Siemens, Huawei, ZTE, NEC and Motorola - OK that's eight but Nortel are already out...) it was good to see Alcatel-Lucent at last looking like a company with a future rather than the sorry result of a dysfunctional marriage. CEO Ben Verwayen's medicine must be working. He was on the show floor for a couple of days leading from the front, which can't be bad too. And NEC were more up-beat than they have been for a while, announcing a metronet partnership with Swedish Transmode.

Technology
Three years ago was HSDPA; last year was LTE; 2009 was not dominated by a single technology but rather by the need to deliver sustainable and affordable wireless by whichever is the most appropriate technology. If there was a theme it was integration - 2G and 3G, fixed and mobile, LTE and WiMAX. Blueslice Networks were showing HLR (Home Location Registry) integration which enables operators to consolidate fixed, mobile, VoIP,
IMS and WiFi customer registers while Synchronica's Mobile Gateway provides email, SMS, MMS, WAP and xHTML synchronisation.

The backhaul sector continued its high-profile presence, emphasising IP use to reduce satellite bandwidth costs. As we all know, the future is all-IP wireless broadband networks. MWC 2009 took us a step closer to this.

If there is one thing you can say at MWC 2009 it is that those inside the communications industry have finally understood the significance of what Apple did three years ago when it launched the iPhone. More than anything, communications is now about applications. Quite simply they are what generates income to support services. And applications and services are what shape the network structure as much as the kit boxes or the
devices people hold in their hand and plug into a socket.

We don't cover handsets much on Developing Telecoms as we are a business-to-business website. None the less it is fair to say that not just the design of the iPhone but the very concept of applications is defining a generation of devices which will have as much influence and importance in emerging markets as anywhere else. MWC 2009, though, was thankfully free of the handset hype of previous years.

If I was the worrying type I would be concerned that the conference largely ignored emerging markets this year with no keynote speaker or dedicated sessions to tell us how much they matter. Yet I choose to interpret this as a success.

The needs of CSPs and enterprises in emerging markets are now mainstream and don't need special pleading. The equipment, services and business models they require are addressed everywhere.

Two areas in particular came to the fore at this MWC: mobile money and green telecoms. Mobile money and all that is associated with it such as m-commerce, m-banking, m-payments and others will be one of the key drivers to the growth of communications in developing markets in the next few years.

And green telecoms, while not exclusively an emerging markets issue, is of vital importance in reducing operating costs of CSPs and price points for users in low ARPU markets. Green telecoms are also one of the key areas where companies from emerging markets, such as India's VNL, really should start to take the lead.

If you would like to comment on this viewpoint email: This email address is being protected from spambots. You need JavaScript enabled to view it. 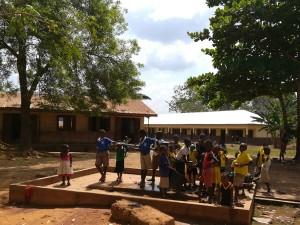 Why do I always go to Mobile World Congress?
Blogs & Opinion