While everyone focuses on the cool wristbands, industrial sensors, data-driven applications and the compelling end-user experience, the real smarts in the Internet of Things (IoT) is largely hidden from the public, and from the media too: The intelligence is in the network, and in the software that keeps that network humming.

Make no mistake: The sensors and devices being designed and used in IoT applications are amazing. Whether geared at consumers, smart cities, the enterprise or industry, IoT cloud-based applications are incredibly powerful, and offer the potential to make a real difference in peoples’ lives. That’s especially true when the back-end applications leverage Big Data for analytics, and apply machine learning and automation to truly create services and products that go far beyond traditional software.

There’s a soft boundary between the Internet of Things (IoT) and other applications that link remote end-points with back-end servers. Perhaps there’s no boundary at all.

• Runners can measure their heart rates and other vital signs, using applications that increasingly learn what their own bodies can do.

• Automobile owners benefit from smart parking apps that make it easier and quicker to navigate city streets, while reducing fuel consumption, traffic and pollution at the same time.

• Intelligent climate-control systems in public buildings detect when buildings aren’t in use and adapt automatically.

• Watering systems for home gardens, golf courses, and city parks are savvy enough to monitor ground moisture and only turn on sprinkler heads when needed, instead of working off a fixed timer that waters during a rainstorm.

That’s only the beginning. My own home is rapidly becoming a smart, efficient home. My company’s offices are becoming smart, efficient offices. My city is following suit. Now, let’s talk about the hidden challenge of the IoT: Connecting all the mobile and fixed devices, including sensors, to back-end services, whether in the cloud or a service provider’s data center.

If the links aren’t reliable and cannot handle the vastly varying data bandwidth demands, those billions of devices can’t talk to back-end applications. Telemetry can’t be gathered from remote sensors. That means actions can’t be pushed out to remote devices, like those remotely-operated surgical devices or automated sprinkler systems. Big Data-centered applications won’t have the data they need to make real-time decisions and carry out real-time actions.

The Internet of Things relies upon a vast array of networking technologies, as well as network service providers. There may be wired Ethernet-based Local Area Networks (LANs) within buildings, or Wide Area Networks (WANs) between buildings. There may be WiFi within corporate buildings or public spaces, like an urban park, and that WiFi might be managed by the city or hosted by a communications service provider (CSP).

Many devices, such as those built into connected cars, contain embedded cellular data transceivers, connected to one of the usual carriers. And of course, consumers using smartphone apps or IoT wristbands will be on their own cellular connection, or using WiFi at home, at work, in a hotel, in an expo center, or in a coffee shop.

As organizations look at the IoT, they must consider the reliability and scalability of all the networks. Capacity planning is key to ensuring that network infrastructure is robust enough to handle increased data traffic – but that’s not enough. Most large organizations have extensive contracts with Tier 1 or Tier 2 CSPs to provide WAN services to link their sites, and also connect their networks to cloud-based Software-as-a-Service (SaaS).

Enterprises, industries, governments and other organizations looking to roll out IoT at scale must work with CSPs to make sure their systems are also sufficiently robust. Contracts should be studied, in particular for service-level guarantees regarding downtime, bandwidth, elasticity, latency, jitter, and delay. Many new IoT applications are much more sensitive to network performance, and have significantly varying service requirements than traditional applications – especially when so much traffic is going to and from IoT devices on the network edge.

To get ahead of the curve for IoT services, and to differentiate their service offerings, CSPs are proactively changing how they manage and build out their own networks. After all, while some IoT projects will start at an organization’s CIO/CTO/CEO level and work down; many others will begin as quiet, unassuming initiatives driven by various line-of-business departments. In fact, some business managers may be piloting IoT projects and not even realize it, or understand the full benefits and limitations of data networks.

To accommodate the increasing demand for IoT services, CSPs are beginning to instrument their own networks to be more intelligent, more robust, and more data-driven.  Given that IoT projects span multiple networks, orchestration of intra-network and inter-network services is a must, in order to assure the basic connectivity and bandwidth required to provide an array of IoT services – remember, there are billions of connections from IoT devices to enterprise data centers, SaaS data centers, and the cloud. In some cases, those networks will be physical. Increasingly, though, these networks will include Software-Defined Networking (SDN) and Network Functions Virtualization (NFV) infrastructure due to the programmability and scalability that those technologies provide.

The smartest tool in the intelligent CSP network will be orchestrated service assurance and management, driven by real-time Big Data network analytics.. Advanced intelligent analytics will help carriers optimize their hybrid physical and virtual networks to be more elastic – better able to accommodate unexpected data traffic and to ensure a high service level quality for all the billions of things, irrespective of what type of IoT application is being executed.

With orchestrated service assurance, CSPs will also be able to identify and isolate network faults, and route traffic over alternate paths until the fault can be repaired. In large networks, after all, faults are going to occur, whether they are caused by fiber cuts, hardware failure, power outages, configuration errors, or excess traffic degrading real-time performance.

Finally, orchestrated service assurance can help service providers meet their customers’ service level guarantees, while simplifying end-to-end management across all the networks used by the IoT, including cellular 3G/4G/5G, WiFi, LANs, and Carrier Ethernet WANs.. When the IoT application needs bandwidth, coverage or specific levels of network performance, it simply must be there.

Thanks to technologies like real-time Big Data network analytics, and orchestrated service assurance and management, communications service providers are the real heroes, the real enablers of the IoT. Those technologies are making a difference in peoples’ lives every day, even if nobody knows it.

Ed Ogonek is a Board Member at CENX. 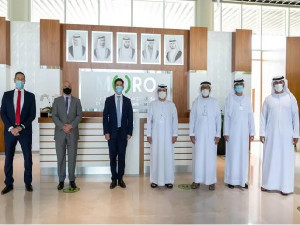