MTN Group global head of fintech Cedric N’guessan said in a media briefing hosted by trade association the GSMA, it is “absolutely vital to continue diversifying use cases” to keep mobile money growth on an upwards trajectory.

Use cases he highlighted include savings, ecommerce, and device financing. All of which show a push into the rising importance of mobile money in B2B and B2C.

He highlighted how MTN has invested in an open API programme to broaden its platform to third parties to spur innovation and create new products within mobile money.

“Our open API programme, which is one central platform, is enabling developers, innovators, ecosystem players, to integrate with our platform and leverage our platform and scale in all our markets in a single integration. That has been proven to actually be very powerful,” said N’guessan.

This was demonstrated in 2021 stats when MTN reported 155 million transactions up from 45 million in the year before (2020) on its MoMo platform.

Mobile Money transactions reached US$1 trillion in transaction value in 2021, according to the GSMA’s State of the Industry 2022 report.

The growth was driven by new customer uptake and new products such as bills and merchant payments and international remittance. The latter accounted for 10% of overall transactions but this has risen to 20%, showcasing a “clear sign” mobile money users are embracing diversification.

The GSMA also highlighted sustainable growth in mobile money is “threatened by certain policy and regulatory interventions”, but did not detail which countries. The trade association stated such governments have launched “poorly implemented” payment solutions and taxes on transactions.

GSMA head of financial inclusion and agritech Ashley Olson Onyango tipped West Africa to be the next region to show high mobile money adoption rates, as East Africa is beginning to show signs of stagnation.

“I think that East Africa had a real early start and kicked off with huge growth with quite a bit of uptake quite quickly. That adoption has been slower in West Africa. But we are seeing those numbers pick up,” said Onyango.

“West Africa is actually picking up in their usage, awareness, and activity. We're going to see a really strong growth story there in the next few years,” said Onyango. 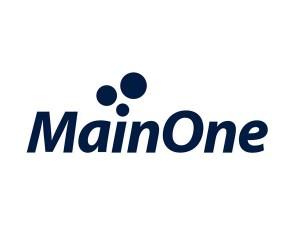