Flooz users in Togo can now send and receive money to and from mobile wallets and bank accounts across the region thanks to a new partnership announced between Moov Togo and MFS Africa.

Togo receives over 80 million USD from other WAEMU countries each year, and sends over 35 million USD to the same countries.

Abdellah Tabhiret, Director General of Moov Togo, said, “Thanks to our partnership with MFS Africa, Flooz now gives access to a larger network of partners, including banks, online merchants, and others to come; all of this through one single integration, and one single contract.”

“Coming from Benin and knowing this region very well, I see digital payments interoperability as the natural evolution of the strong regional integration that already exists in trade, travel, and regulation in the zone,” said Dare Okoudjou, founder and CEO of MFS Africa.

“International remittances to and from mobile wallets are a huge win for transparency, compliance, cost and therefore financial inclusion”, said Leon Isaacs, expert in money transfer and CEO of DMA Global. “Digital channels such as Flooz offer remittance customers a more accessible, more secure, and more affordable option. From this perspective, they represent the future of money transfer.” 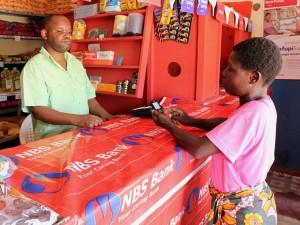