The new company will expand availability of ultra-fast fibre optic internet with the aim of bringing greater broadband access across Colombia.

As part of the agreement, KKR will acquire a majority stake in Telefonica's existing fibre optic network, the largest in Colombia, and make the network open access through a newly established independent entity.

KKR will control the new entity as the majority shareholder, leveraging its global experience in digital infrastructure and in operating and deploying fibre networks. Telefonica will be a minority shareholder in the new company, with a 40 percent stake.

Telefonica expects to cut its debt by 200 million euros ($169 million) after selling this controlling stake in its optic fibre network in Colombia to KKR. The transaction, which still requires regulatory approvals, is part of a wider Telefonica plan to reduce its debt by selling assets.

Upon closing of the transaction, Telefonica’s existing fibre optic network will become open access and available for all internet service providers in Colombia to use, including Telefonica. With the investment from KKR, the new company plans to expand existing fibre optic coverage from approximately 1.2 million homes today to, at a minimum, 4.3 million homes by the end of 2024, covering at least 87 municipal areas in Colombia, with more than half consisting of underserved areas outside high-income urban areas.

The partners say that the network will utilize state-of-the art technology to deliver connection speeds up to 1,000 times faster than the conventional networks currently available to most Colombians.

The transaction is valued at approximately $500 million and is subject to regulatory approvals. 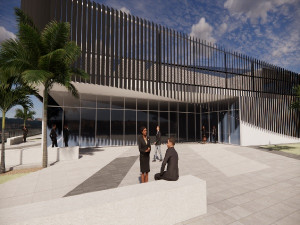