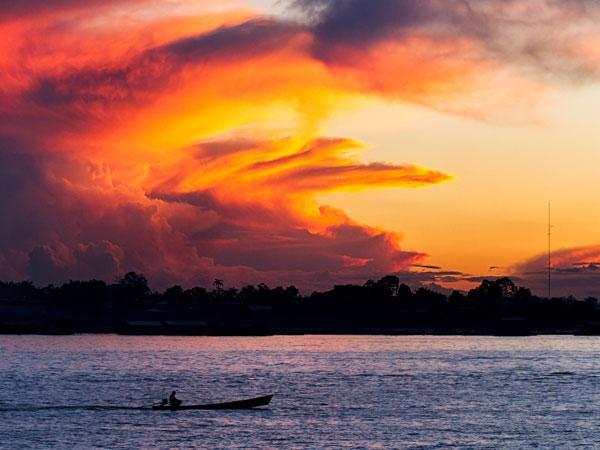 An ambitious Brazilian project that aims to bring broadband connectivity to around a million people in two northern states has now been officially launched.

The 770km Infovia 00 fibre optic cable is being installed in Amapa and Para. The installation will be along the bed of the Amazon river to reduce the environmental impact of the project. This will also improve connectivity for local people living near the river and working fishermen.

Metropolitan networks will distribute the fibre optic signal in each municipality to organizations, research institutions, hospitals, health centres and courthouses.

According to TeleGeography's CommsUpdate, this initiative is part of the Ministry of Communications-backed Norte Conectado programme, itself a part of the Programa Amazonia Integrada Sustentavel (Sustainable Integrated Amazon Programme) or PAIS.

BNamericas says that the cable, provided by Italian energy and telecom cable company Prysmian and manufactured in Germany, has 24 pairs of optical fibres and 100Gbps of transmission capacity. Brazilian firm Navegação Prates has been contracted to lay the fibre.

This is just one part of a much bigger and very ambitious undertaking. The PAIS programme will involve eight connectivity projects – just short of 12,000 kilometres long, passing through seven rivers, connecting 58 cities in the country’s north and benefiting approximately 10 million Brazilians.

National educational research network Rede Nacional de Ensino e Pesquisa (RNP), which is responsible for managing PAIS, will share access and infrastructure with a number of operators and internet providers which will be part of an open consortium of neutral operators.

Nor is that all. There’s also a Nordeste Conectado plan, which focuses on north-eastern states. The government expects the north and north-eastern plans together to bring improved connectivity to around 24 million people.