The Turkish communications satellite Turksat 5A launched in the US last week, bringing with it, potentially, a new source of satellite-borne services to the aviation and maritime markets.

Aerospace manufacturer and space transportation services company Space Exploration Technologies Corp (SpaceX) has reported that it successfully launched the Turksat 5A satellite last Thursday evening in what was its first launch of 2021.

A Falcon 9 rocket carrying the satellite took off from Space Launch Complex 40 at Cape Canaveral Space Force Station in Florida. Turksat reported the first signal was acquired 35 minutes after launch.

Turkish satellite operator Turksat ordered Turksat 5A and a sister satellite, 5B, from Airbus Defence and Space in 2017.

Turksat 5A, a communications satellite in geostationary orbit (GEO), will sit at 31 degrees East, primarily for data services in Ku-band, which it will broadcast over portions of Europe, the Middle East and Africa. The satellite will enter service in the second quarter of 2021.

Turksat 5B will carry Ka- and Ku-band payloads and operate from 42 degrees east in GEO. It is expected to launch later this year, also on a Falcon 9, bringing capacity over Turkey, South Africa, the Middle East and North Africa, West Africa, the Mediterranean sea and the Aegean sea.

With these two new satellites, it has been reported that Turksat aims to increase its capabilities for data and provide a wide range of services to its customers in the aviation and maritime markets.

As for SpaceX, this is expected to be one of the busiest years so far for the launch company. SpaceX performed 25 orbital launches in 2020, all using Falcon 9 vehicles. The company is likely to exceed this number in 2021. 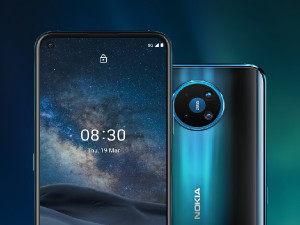