Eleven years ago Dr William Welty founded the Super-Wide Area Network Satellite (Swansat) System project. Swansat initially applied to the Ministry of Telecommunications of the Republic of Nauru so as to operate a group of space stations in W-Band. At present, Swansat expects to have launched twelve space stations by 2012 - bringing 2 Mb/sec ICT delivery to customers in both the least developed and the developing countries for as little as $1 per month after a special subsidy system. Michael Schwartz reviews what is sometimes described as Africa's own Marshall Plan.

The Super-Wide Area Network Satellite (Swansat) project owes its origins to a plan by Dr William Welty to operate a group of space stations in W-Band. Dr Welty's long-term aim was for the developing markets in telecoms as well as those in their earliest stages of development to enjoy low-cost ICT delivered at 2Mb/sec.

Dr Welty's approach was gradual: his first approach was to the Government of Nauru to operate space stations in W-Band. Next, and on behalf of the Nauru Government, Dr Welty filed a commercial use claim before the ITU to use W-Band from geosynchronous orbit. This stage of the operation took place in 2004. Swansat expects to launch the first of twelve Swansat spacecraft by late 2012 under the auspices of Swansat vendor Iostar Corporation of North Salt Lake City, Utah.

The Swansat project incorporates a key feature in the form of the Shareware Telecommunications model, described as the first practical and effective method for providing 2 Mb/sec ICT delivery to Least Developed Countries (LDCs) and Developing Countries (DCs) for as little as US$100 per month. This ambitious ethos has led to Dr Welty's ideal system being described as a modern Marshall Plan for the African Union.

Over the last few years Dr Welty has presented his ideas to a range of audiences, not least the UN ICT Task Force (now the United Nations Global Alliance for ICT and Development), the November 2005 World Summit on the Information Society in Tunis, various ITU fora and the 2006 International Forum for ICT Strategies and Investment sponsored by Morocco and the Islamic Development Bank. More recently Swansat attended the Connect Africa Summit in Kigali, Rwanda where the Swansat Shareware Telecommunications model was presented to that country's President.

All in all, the combination of a tiny island in the Pacific plus the tenacity of one strident technologist could construct the very bridge to cross the Digital Divide. In other words, Swansat's business model could end up as one of technology's most influential plans ever as the poorest countries find a way of accessing the most up-to-date technologies.

So how will it work?

Once all the satellites in the Swansat scheme have been launched in launched in geosynchronous orbit, converged communications capabilities will be available worldwide on W-Band. Two-way broadband services using 10 Ghz electromagnetic frequency in W-Band are intended to cover the globe, delivering 600 million 2 Mb/sec broadband Internet connections and some 250,000 video channels worldwide.

Once Swansat is up-and-running, customers will use a handset with universal serial bus 2 and FireWire ports, in/out audio and video connections with a built-in 30-frame-per-second video camera, a Bluetooth wireless headset and a built-in FM transmitter. 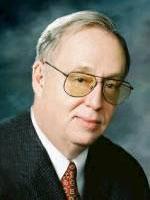 Swansat even skirts the problem of area or country codes by featuring nine Subscriber Account Territories (SATs), each with its own code number. Even though the full Swansat system will not be available for several years, customers can even now reserve subscriber accounts by purchasing MySWANmail email accounts through the 128-bit fully encrypted email service. Accounts can even be set up via subscribers' current Internet landline or wireless connections.

How does Swansat get to a US$1/month subscription?

To work out the best subscriber cost, Swansat looked at pricing structure in the G7 nations, and applied this to its intended markets. A value for the services ranging from US$100 to €100/month was calculated, accepting that there will always be some variance between these two currencies (in any case, Swansat is still five years from launch).

The next stage after the US$100/month charge is for the Swansat Foundation Group of non-profit organisations to underwrite subscription subsidies to citizens of LDCs and DCs on a tiered grant basis. Underwriting will start, as best as Swansat can presently estimate, at US$90 and can run as high as US$99 per month.

This means, for example, that in LDCs and DCs in the African Union, Swansat will bill the end user's IP provider US$100 for each subscriber but then provide a US$99 grant (not a discount but rather a credit subsidy) through its non-profit foundations. The result? Net billing of US$1 per month per subscriber.

The billing will actually be made directly to the Africa-based telecom provider, who will send Swansat a monthly payment for US$1 times the number of subscribers. It will be up to the local provider to collect the dollar. Swansat's service is expected to be a value-added rebranded service, and so it is possible that a minor fee may be added to this billing by the local provider.

While Developing Telecoms would not normally condone any product or service, it is notable that the Swansat business model is substantially cheaper than certain systems currently in place in the emerging markets, as our coverage of the latter has frequently pointed out.