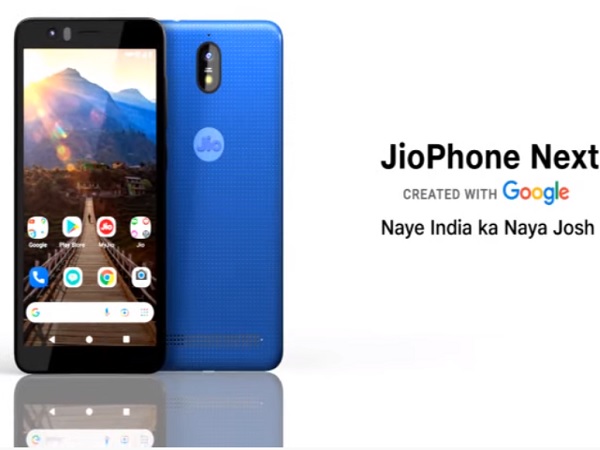 JioPhone Next, the smartphone jointly developed by India's largest 4G network Reliance Jio and global internet major Google, will run on a new operating system called Pragati OS. The Pragati OS, powered by Android, has been built specifically for the country.

Ahead of the great Indian festival of Diwali, Jio has released the ‘Making of JioPhone Next’ film. According to the short video, the new phone is designed with India at its heart and has already started receiving global attention.

Pragati OS has been engineered by the Jio and Google to bring Pragati (progress) for all while offering a truly seamless experience at an affordable cost, said the video.

"I am so proud of this new OS. All of us are. It has some of the coolest new features specially translated now. I can speak in one language, and the phone will translate that into another language," JioPhone Next product management Binish Parangodath said. JioPhone Next will have a translation feature working in 10 Indian languages.

The new name- Pragati OS- is to be a software skin on top of the Android Go operating system. For those unaware, Android Go is a stripped-down version of Android that is meant to support low-end phones with limited hardware capabilities.

JioPhone Next is built with features like the Google Assistant, automatic read-aloud and language translation for any on-screen text, a smart camera with India-centric filters, and much more.

JioPhone Next’s processor comes from Qualcomm and focuses on delivering optimised connectivity and location technologies, along with optimisations in device performance, audio, and battery, it said.

Though the company has not disclosed its pricing, RIL Chairman Mukesh Ambani has earlier said JioPhone Next will be among the most affordable phones in the world.

The affordable smartphone is being manufactured at facilities in Tirupati and Sriperumbudur through a partnership with Neolync Solutions Private Limited.

According to the market observers, the smartphone is expected to be priced between INR 3,500 - 4,000 (GBP 34 to 39). The phone is crucial to the company’s strategy to win over 300 million 2G customers.