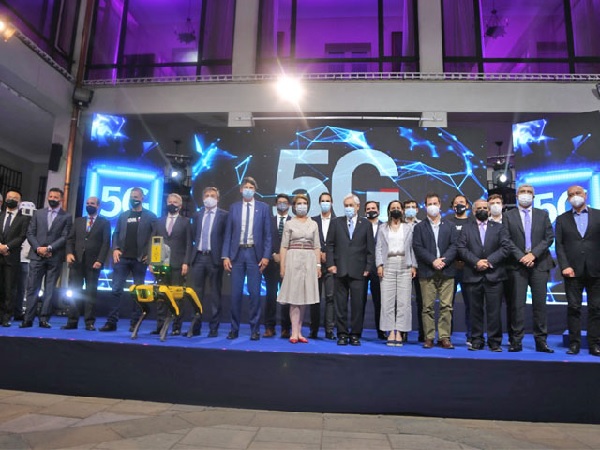 "The President of the Republic, Sebastián Piñera, together with the Minister of Transport and Telecommunications, Gloria Hutt and the Undersecretary of Telecommunications, Francisco Moreno, announced the activation of the fifth-generation network of mobile phone technology in Chile, thus becoming the first nation in Latin America to have 5G nationwide," said a press statement.

The President assured that the 5G network will soon reach more than 90% of homes in Chile.

Through the 5G Public Tenders, the Ministry of Transport and Telecommunications (MTT) through Subtel demanded that the winning telecommunications companies provide coverage at least 90% of the population territory, bringing technology closer to the different corners of the country.

Chile is the first country in the region to bid for spectrum for 5G, the South American country that has made the largest amount of spectrum available to bid (1,800 MHz), and today, again, stands out as the first in the region to have technology fifth-generation nationwide, it said.

Movistar and Entel also informed that they have started operations of their 5G networks in Chile. Movistar committed to having a 5G presence in all 16 regions of the country by March 2022, deploying 1,500 base stations.

Entel CEO Antonio Büchi said in a press release from the transport and telecommunications ministry (MTT) that 33 districts in the Metropolitan region, including Renca, La Pintana, Providencia, and downtown Santiago will have access to 5G.