Following hard on the heels of Zain’s launch of 5G services in Kuwait, the first phase of the Zain Saudi Arabia 5G rollout is being implemented through a network of 2,000 towers that cover an area of more than 20 cities in Saudi Arabia. The company says that this is the largest 5G network deployment in the region to date. A gradual expansion of the network is planned, with the aim of covering 26 Saudi cities, using 2,600 towers, by the end of 2019.

Not surprisingly, there are high hopes for the transformative effect of 5G on the country's economy, as there are in most countries where 5G is being rolled out. However, in a country highly reliant on oil income, the potential role of 5G in driving a more diverse economic future is being heavily emphasised.

In fact Zain suggests that the implementation of 5G in Saudi Arabia is expected to contribute towards realizing the digital transformation goals specified in Saudi Vision 2030, unlocking opportunities in sectors as diverse as finance, ICT, agriculture, tourism, entertainment, automotive, health, and education – and creating new jobs. Saudi Vision 2030 is a plan that aims to reduce the Kingdom’s reliance on oil, diversify the economy and develop public sector services.

The 5G service will, says Zain, provide prepaid and postpaid customers with high-speed internet connectivity 10 times faster than the current 4G network. It will also allow customers to utilize advanced digital solutions and technologies, including virtual and augmented reality, 3D printing and robotics, and help to enable IoT and smart services such as self-driving vehicles and smart city grids. 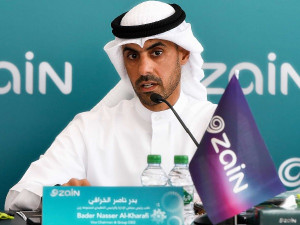