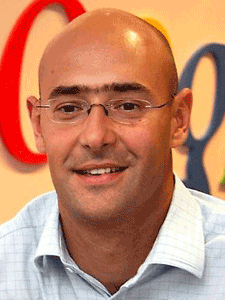 Google’s head of Asia Pacific, Karim Temsamani, has claimed that the increased mobile internet usage driven by emerging market consumers is resulting in a “rebuilding of the internet.”

Noting that many users were now able to access the internet for the first time, Temsamani stressed: “It’s not the technology, it’s not the new platforms, it’s even not the new social networks that are driving the change - it’s the people.”

He goes on to observe that the reason habits are changing so rapidly is that the new influx of users – around 500 million emerging markets customers will begin using mobile internet in the next two years – have none of the “desktop-based habits we all have [in developed markets].”

“In 2012, India’s entire mobile traffic exceeded desktop traffic. Desktop is just not going to matter in India, just the way that fax doesn’t matter to us anymore”, he said. “People coming to the internet now, and accessing for the first time from mobile devices, will demand a different internet to what we are seeing now. They will demand that we rebuild the internet from an entirely different foundation.”

“Back in 2011 — two years ago — Google Maps globally got more visits on mobile devices than on desktops. That’s a rebuilding of the internet,” he said. Acknowledging that a vast amount of the growth would derive from Asia, he commented: “As far as the internet is concerned, this is Asia’s defining moment.”