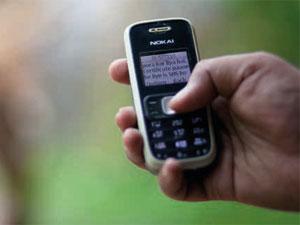 Utility and mobile governance services are an obvious way of utilising technology for the benefit of the public at large. Delivering public services to citizens can have a large-scale impact on people’s lives. With this in mind, Developing Telecoms spoke to OnMobile’s Vijay Sai about his firm’s latest mHealth initiative, focused on maternity care.

OnMobile’s new initiative Ananya provides educational services to midwives in training. The project was launched in conjunction with BBC Media Action, and was funded by the Bill & Melinda Gates foundation. Launched in the Indian province of Bihar, the initiative’s stated objective is to reduce child mortality rates.

Bihar was identified as a state where the service would be particularly effective – over 53% of its population lives under the poverty line, and it has a very high infant mortality rate. Literacy levels are very low, and 90% of the state’s population has never used SMS – this meant that voice was especially important to the initiative. At least 70% of people have access to a mobile phone, although handset models are typically basic – hence, the importance of a handset-agnostic service.

“The mobile phone was the key channel to use for the project, which was set out into three phases”, says Sai. “The first was to provide a service known as Mobile Academy in order to train midwives and other government health workers. This provides training in the most important aspects of pre/neonatal health; workers must study and eventually complete a test, and upon passing this they receive a certificate to prove their qualification.”

The course is delivered entirely via mobile, allowing students to study at their own leisure and take time understanding all aspects of the course. When they have completed the course, they can evaluate their own studies, providing a lot of flexibility. In addition, the course is handset agnostic – it is based on audio and IVR, and available in local languages. The ambitious pilot scheme aims to train over 200,000 health workers in Bihar alone.

While technology and mobile are definitely effective in delivering these services, they cannot completely replace existing delivery channels for education. “With all humility, we have to accept that mobile technology can only be a strong complement to existing channels – they will all have to work together to make the end service delivery more efficient,” notes Sai.

The Mobile Academy is just the first phase of the initiative; the second is to ensure that students are provided with the right tools through a service called Mobile Kundi, which provides an immediately accessible voice application. The app provides advice via voice which health workers can then use on the ground, either for their own reference or to reassure patients by letting them listen directly.

The third phase, due to launch soon, will encourage patients to subscribe to a service which then provides them with weekly updates and advice about their pregnancy – important precautions, vaccinations etc.

The far-reaching impact afforded to the project by its use of mobile phones has allowed it to eclipse past healthcare offerings. The success story in Bihar has led to plans to expand the service to other states in India.