In a statement, the operator said its 5G network is live and available across 156 5G sites in the province to support both mobile and fixed wireless access services.

In the first phase of rollout 5G was deployed in: eThekwini, Pietermaritzburg, Howick, Richards Bay, Ntuzuma, Umlazi, and KwaMashu.

Vodacom launched its 5G network in KwaZulu Natal using temporary spectrum assigned by the Independent Communications Authority of South Africa (ICASA), including 1x50 MHz in the 3.5 GHz, 2x10MHz, and 700MHz.

It used the 700MHz band for wide-scale mobile, 5G coverage, and is supplementing network capacity with 3.5GHz where required.

Balesh Sharma, Vodacom South Africa CEO said: “Vodacom now offers the widest 5G network coverage in KwaZulu-Natal and we expect to expand our national 5G footprint significantly once we get access to new spectrum. We are confident that the rollout of 5G will help us to bridge South Africa’s digital divide in the long-term by promoting digital inclusion.

“As a more efficient technology than its predecessors, 5G is designed to more efficiently meet the rapidly increasing connectivity requirements of modern society. The widespread rollout of 5G will support Government’s 4IR objectives in future, and will facilitate the creation of an entirely new technologically enabled world.”

The South African operator first switched on its 5G mobile network in May in the cities of Johannesburg, Pretoria and Cape Town, vowing to accelerate 5G network rollout after additional 5G spectrum is auctioned in March 2021. 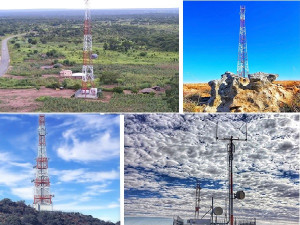 How will Ethiopia’s new licence winner structure its operations?
Investment

Bids are in for two Ethiopian operating licences
Regulation