Confirming previous reports, Polish operator Play has stated that it will launch an initial public offering on the Warsaw Stock Exchange.

The operator’s CEO Jorgen Bang-Jensen stated that it could “offer investors an unrivalled combination of growth and returns in our sector”.

The announcement follows reports earlier this month in Rzeczpospolita claiming that an IPO would be launched in the second half of July, and that the firm hoped to raise at least PLN2.5 billion ($670 million). While Play has not confirmed the amount it is aiming to raise or its timeframe for doing so, it did state that it will pay PLN650 million in dividends in the second quarter of 2018.

The announcement of the listing comes less than a year after an attempt to auction the operator to private equity firms failed to generate high enough bids. The offering will comply with international regulations, and will be available to authorised employees, institutional investors and retail investors.

Play had 14.3 million subscribers at the end of Q1 2017, putting it in second place in the Polish market. Bang-Jensen said that the operator’s rapid growth – increasing its market share from 4.6% in 2008 to 27.6% in 2017 - made it unique in the European telecoms sector.

“Our revenue growth and profitability outstrips our listed peers, as a result of our focused strategy”, he said. “We have created a business model that enabled a challenger operator to take a market leading position within a few years, while generating free cash flow in line with the best in the industry.”

The operator’s IPO announcement described Poland as “one of the most attractive mobile communications markets in Europe with stable competitive dynamics”. Play is owned by Tollerton Investments and Telco Holdings, which respectively have interests of 50.3% and 49.7% in the operator. 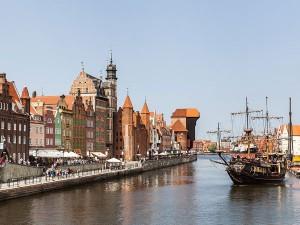