The latest African country to attempt to open up its telecoms sector to competition is Djibouti in the Horn of Africa.

According to Bloomberg, the country has said that it plans to offer a ‘significant minority’ stake in state-owned operator Djibouti Telecom, which, apparently, is in the process of rolling out a 4G network, to a strategic partner. This is said to be part of a plan for the country to open up the sector and modernize its economy, though how much of Djibouti Telecom is to be sold off is not yet known.

While this move seems to mirror the recent attempt of Djibouti’s neighbour Ethiopia to open up its telecoms sector (among other sectors), the differences between the two countries, in terms of size and opportunities, are fairly significant. Ethiopia is the second-most populous country in Africa after Nigeria, with a population estimated at around 118 million. Djibouti has a population of just under one million.

That said, Djibouti is positioned on one of the world’s busiest shipping routes. It also hosts landing infrastructure for twelve high-capacity undersea cables.

Significantly the Djibouti government has been quoted as assuring would-be investors that there will be the chance to expand into mobile money and data centres. Mobile money in particular has been a sticking point for investors in Ethiopia, where restrictions on new entrants have given the incumbent operator a clear run at a very big mobile money market.

It will be interesting to see whether new entrants have more luck in Djibouti. 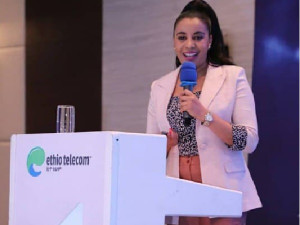