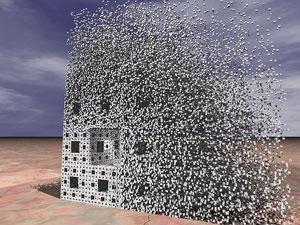 Indian spending on mobile services will reach US$21.4 billion in 2015, while mobile connections in the country will grow to 880 million, according to new research by Gartner.

Gartner predicts spending on mobile services in India in 2015 to grow four per cent as compared to last year, reaching US$21.4 billion by the end of the year; spurred in particular by data services which the research firm expects to grow 15 per cent to hit US$6.5 billion by year end. This spike in data services will be driven by mobile data usage, such as via tablets and notebooks, Gartner said.

A rise in the number of mobile users, as well as increasingly affordable smartphones and devices will contribute to driving data uptake, the firm said.

"In India, the rise in spending on data-only connections will be driven by two user scenarios – first, to complement their fixed broadband connectivity, so they can use their larger-screen data-centric devices on the go. In other use cases, data-only connections will be the way for consumers to access broadband connectivity because of a lack of fixed networks," said Neha Gupta, senior research analyst at Gartner.

Spending on mobile data will be heavily influenced by mobile apps, Gartner said, with the company highlighting in particular the growth in popularity of chat-based and video apps.

Of note, Gartner found young, less-wealthy users are showing the highest rate of mobile app usage - as opposed to the affluent traditional early adopter segment -, and as such the firm advises app developers and service providers to bear this in mind when designing apps, and coming up with pricing offerings.

"Mobile data provides a substantial revenue opportunity in India. Communication service providers (CSPs) will need to focus on creating new pricing, with a focus on data access, such as shared plans. They will also need to refine the services they already provide, with a focus on creating richer, more immersive and more personalized experiences, to increase their customer numbers," said Gupta.