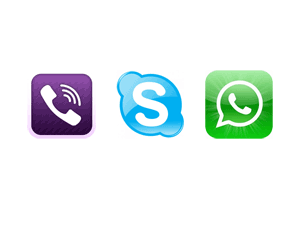 Over-the-top messaging and VoIP apps have been targeted by the Saudi Arabian regulator due to concerns that they are too difficult to monitor.

Applications such as Skype, Viber and WhatsApp could be blocked by the Saudi Telecommunications and Information Technology Commission unless they enter into an arrangement with the country’s operators that allows them to be monitored.

The app providers have until the end of this week to propose a means of surveillance; if they do not subject themselves to monitoring the regulator could block them.

This is not the first time that Saudi Arabia has objected to a lack of transparency; in 2010 the regulator demanded access to the encrypted BlackBerry instant messaging service. This prompted various regulators across the region (and in India) to lodge similar demands with RIM (now rebranded as BlackBerry). The regulators eventually emerged triumphant.

Blocking the apps could cause public backlash, as they have gained a strong footprint in the region as a cheap alternative to traditional messaging.