Half of Africa’s towers will have been transferred from MNOs to independent towercos by the end of 2015, according to research organisation TowerXchange.

Over US$2bn has been invested in African tower transactions over the past four years. However, African independent tower companies (towercos) have been raising even more capital in anticipation of a further US$3bn worth of assets being sold before the end of this year.

Among 35,000 towers for sale are the remainder of Airtel’s 15-20,000 African towers in 17 countries, after the sale of the first tranche of 3,100 Airtel towers to Helios Towers Africa, announced earlier this month. Almost all remaining towers in Nigeria are also on the block; TowerXchange forecast that 84% of Nigeria’s towers will be owned or operated by towercos.

The leading towercos in Africa are Helios Towers Africa and IHS. Helios owns 7,800 towers while IHS has over 10,500 of which 5,750 are owned and 4,750 managed. International towerco giant American Tower owns 5,099 towers in Africa, followed by Eaton Towers with 2,500 (of which 800 are owned) and a cluster of regional towercos led by Helios Towers Nigeria and SWAP, each with over 1,000 Nigerian towers.

The trend is being driven by pressure from falling ARPUs, rising energy opex and the capex required to upgrade Africa’s networks from 2G to 3G. Africa’s MNOs are monetising their towers and refocusing on their core business.

Meanwhile towercos are able to maximise the towers' value by selling co-locations to other MNOs, broadcasters, ISPs, WiMAX and metropolitan 4G players. Some operators are retaining a stake in joint venture towercos to benefit from the favorable relative multiple arbitrage. African governments and telecoms regulators win too as towercos reduce the need for parallel infrastructure and accelerate time to market for network extensions and new market entrants.

As passive infrastructure is transferred to the control of towercos, often including first refusal on build to suit programmes, a community of advisors and suppliers needs to understand how strategic and procurement priorities have changed in Africa.

The African trend is being replicated in other part of the world including PR China where top MNO have entered an agreement and also Indonesia. 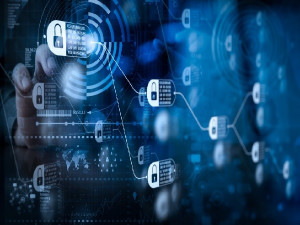