There are also practical challenges relating to transparency and tax burdens which have hindered foreign investment. The telecom sector similarly faces a number of hurdles, though efforts continue to be made to address them with financial support from the government as well as the World Bank and European Investment Bank.

These efforts have been focused on implementing appropriate regulatory measures and promoting the further penetration of fixed-line broadband services by improving the national backbone network, ensuring connectivity to international telecom cables, and facilitating operator access to infrastructure.

Despite these efforts, Mauritel maintains a virtual monopoly in the fixed-line sector, and there is little stimulus for new market entrants. Penetration of fixed telephony and broadband penetration is very low and is expected to remain so in coming years.

Most voice and data services are carried over the mobile networks maintained by Mauritel, Mattel and Chinguitel. Population penetration of 3G is relatively high, though as yet there are few developments in LTE and as a consequence mobile broadband access speeds are low, placing a break on the potential for mobile commerce and related applications.

The regulator still struggles to enforce good quality of service among these operators, despite fines being imposed. This represents a significant challenge, given the importance of mobile networks for basic telecom services. 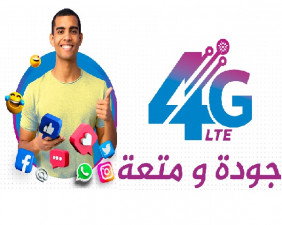 Nigeria to free up analogue broadcast spectrum by 2022
Regulation