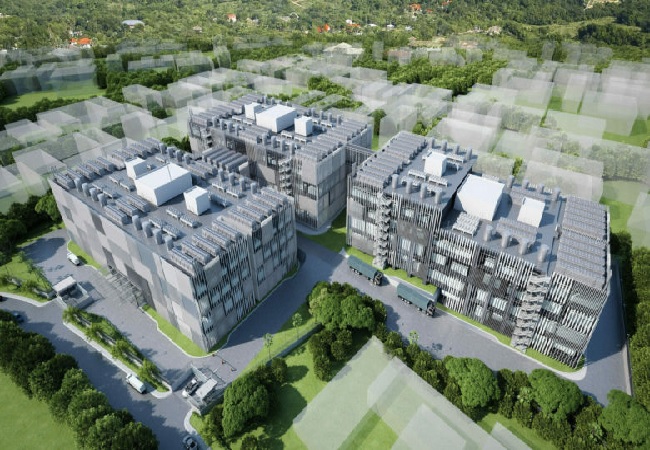 Singapore-based data centre provider SpaceDC is developing a 72-megawatt hyperscale campus in the eastern Greater Manila area as its first Philippine project. It claims that the data centre, called MNL1, will be the largest hyperscale facility and the first green server hosting facility in the country.

Scheduled to open this year, MNL1 is located in Cainta, part of Greater Manila. SpaceDC says the campus will be fully powered by renewable energy in the form of wind and geothermal power.

According to the press release from the data centre supplier, the 43,000 sq m campus is made up of 12 four-story buildings, with four data halls each. Each data hall delivers up to 1,500kW of power with a total of 48 such data halls within the campus.

SpaceDC CEO, Darren Hawkins said, “The Philippines ranks second in terms of data center growth in Southeast Asia. With only 47MW of available capacity in the country, it is a dramatically underserved market. We are excited to be a first mover in a new market where we see our customers are investing heavily in.”

MNL1 has its own leading internet exchange and diverse connectivity: local/international fiber presence, vendor-neutral access, multiple MMRs, and SDN. Benefits include switch/ramps to cloud providers such as AWS, Alibaba, and Azure; direct cloud access and connectivity to over 400 data centers, said the release.

“SpaceDC is in the right place at the right time to take advantage of the strong customer interest we are seeing in the Philippines. MNL1’s design is setting new standards in terms of technology, quality, and operational excellence in the Philippines,” commented Ralph Davidson, Executive Director, Data Center Services for JLL, the appointed project construction manager.