This significant growth firmly positions France-IX as the leading choice for African ISPs and mobile operators wishing to peer with its community of several hundreds of carriers, ISPs, content delivery networks and Internet professionals.

This growth is partly due to new connections via France-IX remote peering partners with presence in Africa - AFR-IX, Angola Cables, Telecom Italia Sparkle and BICS - enable more than 70% of African countries with French as their official first language to reach France-IX via a remote peering solution.  Africa, which grew at a compound annual rate of 45% between 2014 and 2018, is experiencing the highest international Internet bandwidth.

France-IX has continued its programme of supporting the creation of new IXPs in Africa. IXPs are a crucial part of building a sustainable domestic Internet ecosystem, the establishment of which is an important step in fostering Internet-based economic growth. The support France-IX provides comprises training, equipment donation and technical assistance. This France-IX initiative started with the creation of CASIX in Morocco followed by SENIX in Senegal, and the regional IXP initiative in Congo has been supported by France-IX throughout 2018.

"France-IX both contributes to and benefits from Internet bandwidth growth in Africa: 14% of our Marseille peers are African ISPs and we aim to support the expansion of Internet connectivity across Africa by offering affordable, reliable, low-latency Internet peering services from France," said Delphine Masciopinto, Chief Commercial Officer at France-IX. "Our vision to support initiatives in French-speaking countries has already come to reality in Morocco, Senegal and soon in Congo. We believe in empowering local teams to build a sustainable domestic Internet ecosystem/mobile connectivity that will have a positive impact on the economic and social improvement in their country." 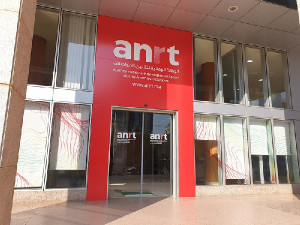