The second stage in Vodafone’s fixed-line strategy for Qatar has been delayed until 2011 or even 2012. Building the fixed-line infrastructure is one reason offered for the delay by Vodafone, which won its first licence in 2008...

Vodafone Qatar CEO Grahame Maher is concerned that his company is unlikely to see fixed-line services fully operational until 2011 or 2012. Mr Maher used a recent interview with Zawya Dow Jones to express his disappointment, Vodafone Qatar having won the country’s second licence in 2008 but having since experienced delays in obtaining approval.

"For full services for the fixed business we are talking 2011-12, not 2010-11 because of the time it takes to build fixed services," Grahame Maher stated. "We are waiting for the final approval of the shareholding structure that the government wants to run. We expect to have this by the end of the year."

A consortium led by Vodafone Qatar was awarded the second fixed line licence in September 2008. What has caused the confusion is the fact that the Qatari government wishes to change the consortium ownership structure; this has delayed final approval for the licence which was expected at the end of 2009.

Grahame Maher expects Vodafone Qatar to have a 25%-30% stake in the fixed-line venture but, "We need to let them work out how they [the government] want to structure it and who those companies will be." Vodafone Qatar now had 100% coverage of the country for mobile purposes after the replacement of temporary network sites with permanent ones. Just how much he would invest in 2010 is confidential.

His ambition is 40% market share by 2020 in ten years time. It is also targeting 700,000 customers by 2012, according to its Initial Public Offering (IPO) prospectus last year. As of end 2009, Vodafone Qatar had 354,000 subscribers. It will enhance its offering this year with BlackBerry, mobile broadband and a mobile cash transfer service aimed at migrant workers.

* Vodafone Qatar’s listing on the Doha Stock Exchange last July raised US$928 million in a 40% share sale to the public in what was the year’s most expensive IPO in the MENA region. Vodafone Qatar is a 50/50 joint venture between the UK’s Vodafone Group and the Qatar Foundation. 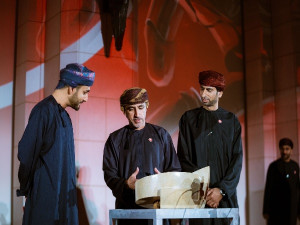