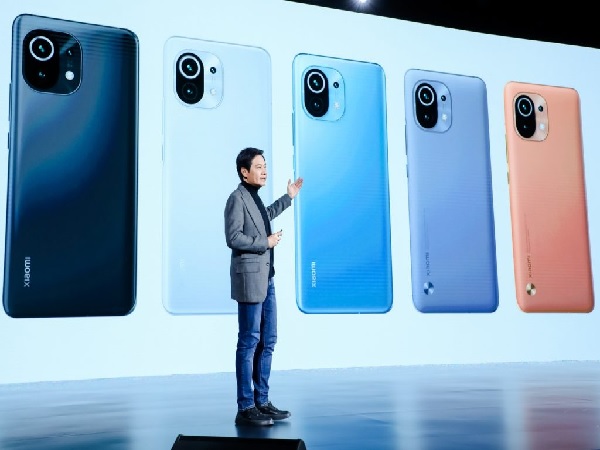 The line includes the Xiaomi 12 Pro version, with three 50 MP sensors and other features, said a press release.

Available in standard and Pro versions, the phone will go on sale from 31 December in China starting at CNY 3,699 (€512, $580). A global launch is expected to follow in early 2022. This is exactly what happened for the Mi 11 a year ago, as that was shown off for China on December 26, and then rolled out globally in February.

Xiaomi CEO Lei Jun indicated this could be a direct competitor of the iPhone 13. "We have bigger batteries and a faster power supply. What's more important? Our cell phone signal is so much better. Sometimes I think that as a business person if you often make a lot of phone calls, it must be more convenient to use Xiaomi 12 than to use iPhone13," he said during the presentation.

SOT, Lei Jun, CEO of Xiaomi (Mandarin) said: "This time we officially announce our Xiaomi 12 series to beat the Apple’s iPhone 13 series. When I first said this a few days ago, the hashtag and the topic have quickly become a hot topic on the internet. I think this would have been a good goal, but I still see a lot of cynicism comments online. I think Chinese domestic mobile phone brands should have such courage, why not compare or beat with it?"

The Xiaomi 12 will also likely end up as a close rival for the Samsung Galaxy S22, Oppo Find X4, and OnePlus 10 when they launch, so it’s definitely worth paying attention to whatever happens today.