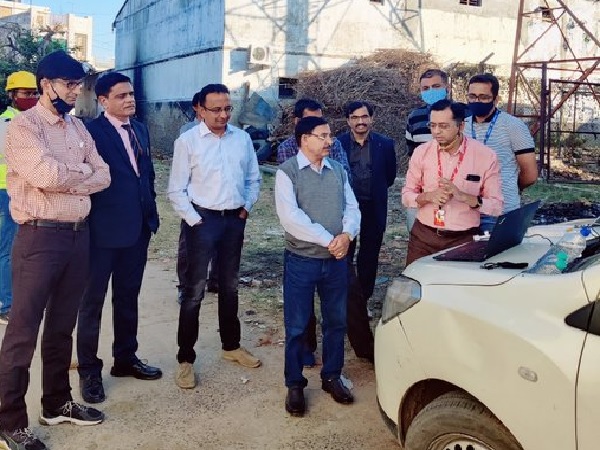 India's first 5G technology trials for rural broadband began at Ajol village in the state of Gujarat with a base transceiver station (BTS) installed 17km away at Unava town in the Gandhinagar district.

The team which involved officials of the department of telecom (DoT) and executives from two private telecom operators were able to record peak download speeds of 105.47 Mbps and peak upload speeds of 58.77 Mbps, said local media reports.

The details of the trial have also been shared by the Ministry of Communications PIB_India with its Twitter handle. It says “Peak data download speed of more than 105 Mbps was observed in Ajol village, which is 17.1 km from Unawa city with 5G BTS. This is the first of its kind 5G innovative solution to be tested in India for rural broadband coverage.”

The Press Information Bureau (PIB) of India tweeted: "Peak data download speed of over 105 Mbps was observed at Ajol village which is 17.1 KM away from the Unava town with 5G BTS. It is first of its kind 5G innovative solution to be tested in India for rural broadband coverage."

Last month, on November 19, the DoT team tested 5G internet speeds at the Mahatma Mandir 5G site in Gandhinagar city, where the internet speeds touched up to 1.5Gbps - over 100 times faster than what 4G can deliver - and the test was done on non-standalone 5G mode.

5G trials across India are already underway, with telecom operators partnering with several industry players to test network speeds and applications across various parts of India.