A joint venture between Orascom and the state-owned Korea Posts & Telecommunications Corp, the network was launched in Pyongyang in 2008 and is now expanding; however, the Korea Times believes that the areas closest to the southern border may be excluded for fear of customers roaming onto ‘uncensored’ South Korean networks. Similarly, there are unconfirmed indications that blocking equipment has been put into effect in the north of the country as a means of preventing access to Chinese networks.

Unfortunately, the cost of mobile phones in North Korea is prohibitively high, meaning that despite the network expansion many potential consumers will not benefit from the services as they are unable to afford a handset.

However, despite this revenue has risen 86% year-on-year, with Orascom noting that “Koryolink has succeeded in penetrating medium to medium-high value segments, specifically within the teens and young adults segments.”

Orascom has confirmed that Koryolink had 184,000 customers at the end of June 2010, a rise of almost 48,000 over the previous year. The network reportedly covers 60% of the population, encompassing 12 main cities and 22 key transport routes.

Huawei sees revenue boost for H1 despite US blacklisting
Vendors

North Korea’s only operator clocks half a million subscribers
Operators 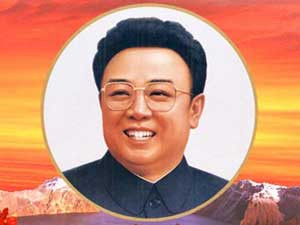