Well, the experts have spoken – and whichever way you slice it, 2014 is set to be an eventful year in the telecoms industry.

Across the board, the most indisputable trend is the unstoppable march of LTE. Despite the relatively high number of deployments, adoption has been stymied by a lack of compatible devices in many markets. However, this certainly won’t be the case by the end of 2014, with LTE set to gain traction in densely populated China and India this year. The technology’s increasing prevalence will result in consumers becoming accustomed to fast, reliable mobile broadband access, and this in turn will affect their data consumption.

The vast increase in data generated by users will in turn affect how companies interact with their customers. It can allow them to better understand an individual’s usage and tailor their marketing around this, and such steps will be necessary as the cost of implementing LTE will necessitate increasing the individual value of each subscriber.

Indeed, driving revenue growth and preventing revenue loss will be at the forefront of the agenda for service providers in the coming year. Fast growth has led to a slump in ARPU so it’s crucial that other avenues are pursued. Suggestions from our experts include alliances with OTT firms and translating real-time monitoring into better quality of experience via proactive marketing. And as bandwidth availability increases, service delivery via the cloud is an increasingly viable, cost-effective option.

As ever, there is still plenty of work to be done. Mobile penetration is still relatively low across some regions – particularly in certain African markets. This is despite high demand; the issue is often that the available infrastructure isn’t up to scratch. As firms build out their core networks and find increasingly inventive ways of providing coverage in more remote rural areas, penetration rates will rise.

While there is certainly space for more device-agnostic versions of well-known services delivered via more universal channels such as SMS or USSD, it’s clear that the soaring popularity of social networking in Africa will send demand for smartphones and reliable data coverage skyrocketing.

James Barton is the Editor of Developing Telecoms. 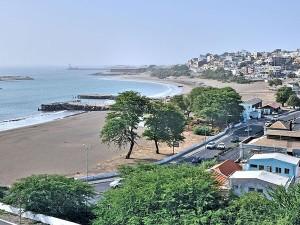