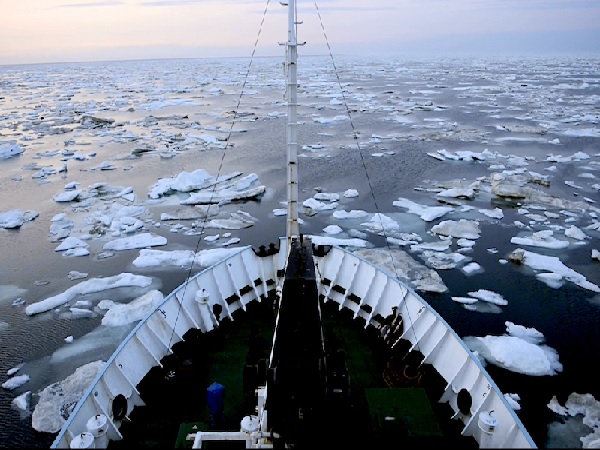 The trans-Arctic submarine cable project - Arctic Connect - that has been under planning for several years by Russian operator Megafon and its Finnish partner Cinia has been suspended for further assessment.

Russian news agency Interfax reported that the companies have decided to revise the project for the construction of an underwater fiber-optic communication line (FOCL).

The Arctic Connect project with a capacity of 200 Tbit / s provides for the construction of an underwater fiber-optic link from Europe to Asia with a length of 10 thousand km along the bottom of the Arctic Ocean along the Arctic coast of Russia along the Northern Sea Route. The Arctic Connect was projected to cost up to €1.2 billion.

In summer 2020, a Russian survey ship spent three months in remote Arctic waters to map possible underwater routes for the cable. Survey operations were to continue in 2021, and in the year 2023 the cable connection might be up and running, CEO of MegaFon Gevork Vermishyam said in summer 2020. In 2021, a tender on construction works was to be announced.

That will not happen as the company now says it will revise the project.

Reports quoting Ari-Jussi Knaapila, CEO of Cinia confirmed that even though the development phase of the project has progressed as planned and the funding for this phase has been secured, the key stakeholders have now decided to put the development project on hold.

To correct some completely misleading information that appeared in the media, this suspension is not due to Cinia Alliance members as we believe that the opportunity still exists with great international interest.

“We decided to revise the structure and economics of the Arctic Connect project, it will take us time for such a regrouping – all the developments of the project will be used in the future, if we decide to continue it,” the news agency TASS reported quoting Megafon office sources.

According to the newspaper Vedomosti, project suspension is related to protraction in talks with Japan’s Sojitz Corporation participating in construction co-funding. The Japanese Sojitz did not answer Vedomosti’s questions.