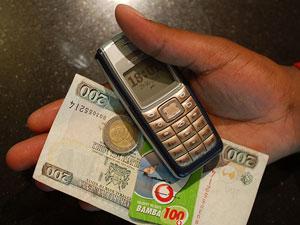 Developing Telecoms recently examined some of the factors that have led to mobile banking’s success across many African markets. Mobile money transfers in particular represent a far more secure alternative to handling devalued currency in a cash economy, and for this reason adoption has been widespread. However, the informality of mobile banking infrastructure in Africa can appear challenging to the developed world, and raises serious questions about the potential impact of fraud in the mobile finance sector.

To assess the current level of fraud and security and form a view on their possible future impact on development of the market, Developing Telecoms spoke recently to a number of key players. We asked about the risks associated with mobile financial services, and the steps that are being taken to overcome them.

The largest specialist mobile financial services company which has pioneered  services in many parts of Africa is Fundamo. CEO Hannes Van Rensburg points out the importance of protecting transactions in a low income market. “It is important to remember that unemployed people do have an income, whether from grants, informal employment, or other channels. Many people don’t realise that those with lower incomes typically spend a greater percentage of their earnings on financial services due to the accepted difficulty and inherent cost of operating these services in lower-income markets.”

Taking South Africa as an example, Van Rensburg estimates that the lowest earners will spend around 25% of their total income on financial services, while higher earners will typically spend less than 1% of theirs. He posits that higher-income markets take banking infrastructure for granted, and consider financial services as a right rather than a privilege. As an example of this, customers in the UK or USA might be indignant at having to pay a fee to withdraw money from an ATM.

However, in lower-income markets, the risks associated with finance are readily apparent; for example, there is an inherent risk in transporting money in a cash society. Customers understand this: Van Rensburg suggests that, in such an environment, customers would accept a $10 fee on top of their transaction in the understanding that it would go towards supporting the infrastructure that allows them to make transactions in the first place.

Cash societies are therefore extremely expensive for low earners; Van Rensburg notes that one of the factors behind the popularity of mobile banking in Africa is that it can provide financial services at a price far lower than the accepted standard. However, this is only part of its appeal – the fact that mobile banking offers low-income customers a secure means of making financial transactions has been key to its success.

Another company with a significant presence in Africa is the mobile financial security specialist Clickatell. Len Pienaar, EVP of P&M observes that uptake of mobile banking is an increasing trend among lower income markets in Africa. Although early adopters were typically highly educated, high-income individuals, many financial institutions have reported a significant increase in the rate of adoption among those with lower incomes than ‘traditional’ banked customers. This signifies a growing level of trust in the infrastructure of mobile banking in Africa – the agent network.

A network of everyday shops and businesses which also operate as mobile financial agents may not sound very secure as far as sensibilities in the developed world are concerned – however, Dare Okoudjou, CEO of MFS Africa, does not agree. “A cash economy means that shops generally already have good security”, he says, adding that their importance to entire communities means that agents are unlikely to be the target of robberies. In addition to this, notes Okoudjou, an agent’s risk profile is not raised by customers depositing cash with them; money transfer services across the agent networks mean that branches rarely accumulate a significant amount of cash.

Clickatell’s Pienaar suggests that Africa’s agent network is no more open to abuse than other types of financial infrastructure, but that challenges will arise as mobile financial services gain popularity: “Abuse and fraud is not unique to Africa or developing countries, but a risk that all financial services companies have to guard against. Fraud typically follows money and the more popular a service becomes, the more money flows through it, so that the potential for fraud increases.”

According to Pienaar, SMS alerts are currently the most effective means of preventing fraud – they can immediately notify customers of any fraudulent activity on their account, and so can help to prevent repeat (and potentially larger) fraudulent transactions.

SMS alerts are typically a simple message push service to customers, while the newer generation of interactive mobile banking services allows a customer even more control. These services facilitate day-to-day interaction between customer and financial institution, including enabling transaction inspection and locking an account or blocking a pending transaction.

According to Pienaar, the key to fraud prevention does not lie in technology, but in customer awareness and education – many Africans have never owned a bank account prior to the advent of mobile banking, and in many areas people are unfamiliar with issues of security that are considered fundamental. “Teaching people the value of keeping their PIN private is likely to have a bigger impact that any new technology that can be thrown at the problem”, he says.

However, as much as fraud poses a financial risk to the customer and the financial institution, the more significant risk is the impact that fraud has on customer confidence in – and acceptance of – mobile banking services. The driving factor behind service adoption will always be customer need and acceptance – and currently, there is a great need in Africa for affordable, accessible banking.

“The developing world, and particularly Africa, will be banked on mobile phones”, says Pienaar. “Increased adoption by lower-income customers, combined with the obvious banking access challenges in the developing world, makes mobile banking an obvious change agent for financial inclusion.”