As part of a look at growth opportunities in Africa, DT editor James Barton met up with Eaton Towers director and Celtel co-founder Terry Rhodes to discuss attitudes towards investment in the continent. When asked about how he identified the market potential and set up a business, and as well as what needs to be done to dispel negative connotations held by foreign investors, his response was as follows:

‘Eaton was started by three industry veterans – Sanjiv Ahuja, CEO of Orange; Alan Harper, an executive board member at Vodafone; and myself (founder of CelTel). We’d known each other for a while, and all felt that we should be doing something new.

We discussed emerging space – where trends were pointing – and the focus naturally gravitated towards Africa. We noticed first that Africa follows the same patterns as the rest of the world – there is money wherever there are people who want to talk.

Secondly, we saw that the transition from building out the network at any cost - the land grab - was already happening due to a combination of the global recession making investment capital a lot harder to get, and the falling economics of operating in Africa. Falling ARPUs meant that there had to be a focus on efficiency – the previous focus was on growth, expansion, getting new customers. This is still the focus but it must be efficient while simultaneously driving down OPEX and maintaining or even increasing EBITDA margins.

Thirdly there was a snowball effect – the first transaction in towers was a ‘distressed’ operator, Cell C in South Africa, which had a lot of debt to repay. It sold off its towers to raise $431 million, and suddenly around the continent other firms were considering doing the same. Then Millicom, a more financially-driven operator than most, got Citibank to broker a transaction for them but with slightly different terms – they wanted some cash out but also lower operating costs, as well as a stake in the business going forwards. Then there are firms like Vodafone, who don’t want the cash but do want to increase their competitive position in certain countries. They hand over the rights to manage their towers – and sell slots on them to other operators – not for money, but for a guaranteed lowest operating cost.

Therefore, business models essentially boil down to these three options – outright sale with no continuing involvement; sale with an equity stake and typically a split between cash and OPEX; and an outsourcing operation to lower operating costs and increase EBITDA. I think we’ll see a mix of those three in different markets across the continent. There are big first mover advantages – you’ve got to look at your cost base when competitors like Bharti are set to enter the arena.

We identified this area as somewhere that we could make a difference with a new company. Currently we’re still at the early stages, organising deals. Everyone’s got a deal in Ghana – it’s become the laboratory country for this – and we have a handful of deals elsewhere. We’re building towers in South Africa, but I predict that pretty much everyone will add another three or four countries to their portfolio in the next six months or so. Beyond that, it’s too complex for big, sweeping, pan-Africa deals – an African country is not an Indian circle. It might have many of the same characteristics in terms of population or even GDP, but the complexity of currency and language and regulator and local partner and geography etc, means that you’ve got to understand each market – saying you’ll lump your seventeen countries together with their sixteen doesn’t work on the ground. 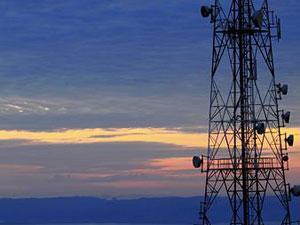 For these deals to work, you have to have top level approval and commitment, but they’re also bottom-up, country by country, tower by tower even. The economics have come down to where towers are located versus where operators want to go – it’s detailed planning on the ground that makes the difference. So while it is a simple business, it operates at all levels of the industry, and we brought a lot of expertise from the operator’s side – we understand that they’re under a lot of pressure, and they can see that they can trust us as a tower company to help them. It’s about reading the opportunity and getting the timing right.

Ghana in particular is well suited to these deployments – in terms of risk and attractiveness, it’s definitely up there. It’s got all the big operators there, so it’s a fragmented and fast growing market, and it has around 60% penetration. Its regulator was already putting pressure on operators to share infrastructure – for environmental reasons, among others. The currency’s as stable as you could hope for, and the country’s also the right sort of size. MTN has the market lead, but other big operators like Vodafone are looking to catch up, and you’ve also got players like Millicom wanting to sell out their towers.

In Ghana, we have Vodafone as a customer but also MTN, Airtel and Tigo – at the operator’s level you want the most efficient, fastest solution that you can get. Any one operator can choose to be on any available tower, and will choose by price, speed, location etc. It’s still exclusive in that we have all the Vodafone towers and can market them to somebody else, while we couldn’t do so for MTN for example, but operators can essentially pick and choose where they have presence on towers. It’s not a vertical lock-in, it’s a free market in towers.

This model is starting to work at least – it wasn’t helped by the global recession ossifying corporate decisions, but now the deals have started and everybody has got the proposal out for a trial. First mover advantages are significant, and over the next two to three years there’ll be a wave of deals. However, these will be done country by country so it will still take time.

Local shareholders are often an issue – currently more than one western operator that wants to expand in a country has a local shareholder which won’t put up any more money. One way of overcoming this would be for tower firms to share proceeds with shareholders on the condition that they then invest in the firm’s future plans. Fortunately the people with the money to get the market moving seem to realise that things are set to take off quickly, so it’s likely that the bigger names in the telecoms finance sector will come on board as investors – much like KKR in India.

The big picture of Africa is finally changing – there are proven success stories and these have allayed the typically hostile attitude that big investors have towards the continent. It’s always going to be a minority of global capital flows that make it to Africa – it’s only going to be the people who either have an understanding and hence a focus on it, or the people who have global allocation and need to pump money into Africa. Fortunately the track record of people who do take these risks shows that it’s a very strongly performing business, allowing people to take a less prejudiced and more optimistic view.

There are going to be individual setbacks but they typically don’t cause setbacks in the telecommunications sector – even in coups, people generally won’t do anything serious to the phone network because they all need it. The only example within the continent of a network being damaged as a result of fighting occurred in Ivory Coast; in the context of a war, the phone network has come to be a bit like the water supply – whoever wins, they still need it. In Egypt it was an important factor in the transition of government, but nobody’s blaming the phones for anything other than the more effective coordination of a democratic movement. People will carry on wanting whatever communication services are available well into the future. The rewards are very significant if you know how to manage the risks.’