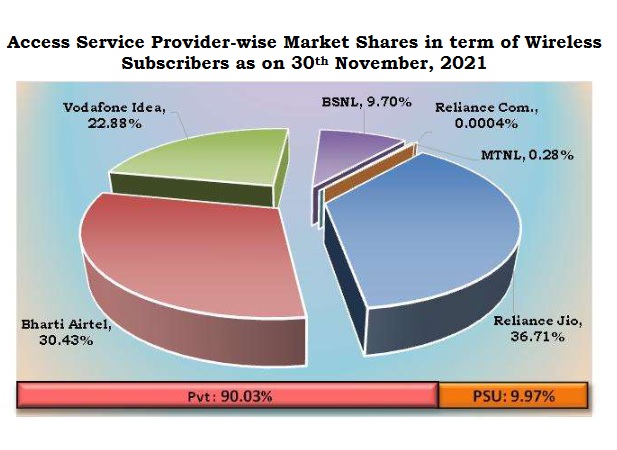 India's telecommunications subscriber base grew marginally to 1.19 billion by the end of November 2021, said the Telecom Regulatory Authority of India (TRAI).

Reliance Jio added 2.01 million wireless customers in November, taking its gross mobile user base to 428.61 million, while Bharti Airtel’s rose by 1.31 million to 355.29 million, according to the latest subscriber data issued by TRAI. Vodafone Idea (Vi) lost over 1.89 million customers in November, reducing its total mobile user base to 267.12 million.

Reliance Jio has also toppled BSNL as a top fixed-line broadband subscriber and now leads the segment with 4.34 million customers which had been dominated by the state-run telecom since its inception about 20 years ago.