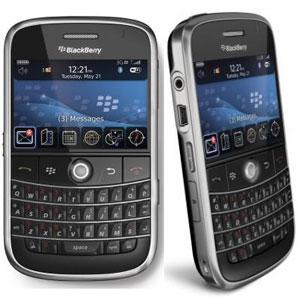 Having previously threatened to do so, the government of the United Arab Emirates (UAE) has officially banned Research In Motion’s (RIM) BlackBerry smartphones, citing security concerns. There are indications that other major markets, both in the Middle East region and globally, could impose a similar ban on the devices.

Scheduled to commence on October 1st, the BlackBerry ban is to be enforced due to "failure of ongoing attempts, dating back to 2007, to bring BlackBerry services in the UAE in line with UAE telecommunications regulations”, according to the UAE regulator’s official statement.

Concerns over the security of BlackBerry smartphones has arisen due to the unconventional networks over which the devices operate. The ban will not cover traditional phone calls and SMS, but rather email, instant messaging and web browsing services. RIM uses centralised, encrypted networks to provide these services, and these are difficult for governments to monitor.

"BlackBerry data is immediately exported offshore, where it's managed by a foreign, commercial organisation. BlackBerry data services are currently the only data services operating in the UAE where this is the case," the regulator said. "Today's decision is based on the fact that, in their current form, certain BlackBerry services allow users to act without any legal accountability, causing judicial, social and national-security concerns."

Sources have claimed that the company offered the UAE’s government access to the communications of 3000 clients, of the 500,000 BlackBerry users based in the UAE. This offer would have allowed the government to view these clients’ emails, text messages and IM communications; however, it was refused by the government. RIM has responded in part, assuring customers that their communications data will remain uncompromised despite the ban.

RIM has made an official statement saying that it is “committed to continue delivering highly secure and innovative products that satisfy the needs of both customers and governments”, adding that it “respects both the regulatory requirements of government and the security and privacy needs of corporations and consumers.”

The company made no direct reference to the UAE’s ban due to its policy of confidentiality concerning regulatory discussions with governments. However, it did note that BlackBerry’s security architecture is “purposefully designed to exclude the capability for RIM or any third party to read encrypted information under any circumstances” – seemingly a riposte to the UAE government’s request to monitor customer communication data.

Leading UAE operator Etisalat is preparing alternative arrangements for its existing BlackBerry users, as the country’s operators prepare to come into compliance with the ban.

The UAE is reportedly not the only country to disagree with RIM’s data access policies, with Kuwait, India and China among those that have stipulated that RIM must provide easier access to information in return for operating permission.

While RIM is unlikely to drastically change its position on this issue, it has reportedly begun efforts to assuage security concerns in other countries, blocking 3000 sites with pornographic content at the request of Kuwait’s communications ministry, and reportedly granting Indian national security the ability to monitor BlackBerry email.

Echoing the UAE’s ban, sources claim that Saudi Arabia’s government has demanded that local operators freeze BlackBerry’s Messenger service. Meanwhile, the US government has declared the UAE ban as a ‘dangerous precedent’ for freedom of speech and democracy, according to the Financial Times.