America Movil has been told by the Mexican regulator IFT (Federal Telecommunications Institute) that its market dominance will be investigated in accordance with new regulation to crack down on any one operator having too strong a presence in the market.

The telecom reforms, which were approved by President Enrique Pena Nieto in June, aim to foster competition in Mexico’s telecoms sector. Considering America Movil’s market share of roughly 70%, the legislation appears to be squarely aimed at Carlos Slim’s company.

The operator has stated that it will be investigated for dominance and also confirmed that it expects to be classified thusly by the regulator. It could then be forced by the IFT to sell assets. The investigation will cover both Radiomovil Dipsa and Teléfonos de México – its mobile and fixed units, respectively.

America Movil confirmed that it has been notified by IFT “regarding the initiation of a proceeding for the alleged determination of ‘preponderant economic actor’, in the telecommunications market in Mexico, and the possible imposition of regulatory measures”.

However, America Movil has been given a slight respite – secondary laws regarding the telecom reforms that were due to be passed on December 9th will now not be approved until early next year. The laws were due to add detail to aspects of the reforms, including clarifying the criteria that would classify an operator as ‘dominant’ and therefore oblige it to sell off assets.

Senior lawmakers have indicated that the Mexican Congress has several pending bills to examine before the detailed secondary laws can be approved. Although the bills could be prioritised, this could mean that important details in their development were overlooked. Congressman Federico Gonzalez Luna observed: “The plan is to get them done as quickly as possible, but to do them well.”

According to Hector Gutierrez de la Garza, head of the communications committee in the lower house of the senate, the secondary laws must be passed prior to the IFT’s March deadline for establishing which players are dominant in the telecoms market. Following this, resolutions will be passed to make the market more competitive.

The slight delay nonetheless gives America Movil more time to prepare defensive measures against the upcoming anti-dominance laws. As an initial step in the process, the IFT has requested that America Movil provide it with information about its operation. The operator could then be regulated more stringently, or forced to sell assets or unbundle its network. 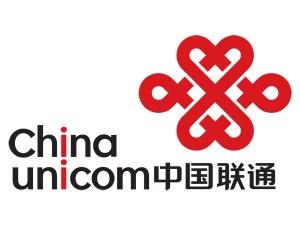