The long-running dispute between France Telecom and Orascom over ownership of Egypt's main mobile operator Mobinil has resulted in Orascom being forced to sell its holding to FT-Orange. But some analysts now think this may benefit Orascom in the long run...

The long-running dispute between France Telecom and Orascom over ownership of Egypt's main mobile operator Mobinil has resulted in Orascom being forced to sell its holding in Mobinil to France Telecom. But a hard-hitting report from Strategy Analytics entitled "Emerging Markets Communications Strategies" suggests that losing ownership of Egypt's number one operator might benefit Orascom in the long run.

Disagreement about the implementation of the court's order has now led to a stalemate. Orascom claims that France Telecom's actions have voided the decision; France Telecom in turn charges that Orascom has violated the terms of the order.

Whatever the ultimate resolution of the Mobinil ownership situation, it clearly highlights the difficulties of partnerships between strong operators whose interests may diverge over time. This is one finding of a report from the Strategy Analytics Emerging Markets Communications Strategies (EMCS) service.

Lessons of Mobinil: Can't Live With Partners, Can't Live Without Them reviews the events that led to the currently unresolved ownership dispute between the two sides. A second, more controversial conclusion from EMCS is that Orascom might actually be better off if it loses this battle.

"Obviously, Orascom doesn't want to get pushed out of its home market," notes Tom Elliott, Director of EMCS and author of the report, "but it may have better growth opportunities outside Egypt, where it currently faces two strong competitors in a saturating market which will soon require significant infrastructure investment."

According to Phil Kendall, Director of the Wireless Networks Strategies service, which is associated with EMCS "Orascom has activities under way that are going to require significant financing. In hindsight, it may prove that cashing out of Mobinil was the best thing it could have done."

In recent years Orascom has been moving back into sub-Saharan Africa, and is said to be interested in opportunities in Morocco and Lebanon. Further afield, it has investments in Canada and is operating a mobile network in North Korea. 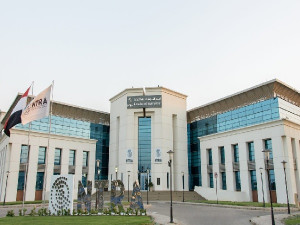