Latin America Costa Rica
A whole tranche of factors is making its presence felt as Costa Rica assumes increasing importance as a centre for investment. Enter an educated workforce with a strong command of English, political stability, tax breaks, lower costs, and proximity to North America. This article is based on one which recently appeared in the American business press. It may appear to paint a rosy picture but it reflects a developing market's attempts to join the already developed.

Microchips and telecom components exported from Costa Rica are replacing the bananas which all too often formed the economic basis of the country's existence. Away from the publicity surrounding many IT developments, Costa Rica has quietly attracted investment from Intel, HP and Microsoft. The nation is also becoming a hub for call centres and back-office outsourcing.In two recent programmes, Seattle-based Washington Mutual cut 600 loan processing jobs in Chatsworth and moved some of them to Costa Rica. HP is set to treble its Costa Rican-based to 3,500 workers by 2008.

Costa Ricans themselves have also awarded themselves a slice of the action. Art in Soft is a Costa Rican software company. Its executive Roberto Leiton Garro is highly ambitious: "We're shooting to be the Irish!" His nation's ambitions are clearly to emulate the Celtic Tiger.

Indeed, just like Ireland before her, Costa Rica is levering talent and technology to catapult an agrarian economy into the Digital Age. In the process, it is capitalising on a trend known as "near-sourcing" that has American firms establishing facilities closer to home.

Although Mexico, Nicaragua and other Latin American nations have also benefited from the tactics Costa Rica has adopted, the latter?s focus on tech-related industries has helped it achieve Central America's highest standard of living - and a surprising stature in the high-tech world.

She ranks third behind powerhouses India and China as the most competitive offshore destination, according to a 2005 report on outsourcing by two consulting firms, not at all bad for a country roughly the size of Vermont and New Hampshire combined, and whose population of just over 4 million is less than half the size of Los Angeles County's.

Medical device maker MedTech Group was looking for a low-cost location to put a plant, and giants China and India loomed as obvious choices. And yet the New Jersey-based manufacturer of surgical tools and other medical products chose Costa Rica, where health science firms such as Baxter International and Boston Scientific had already set up shop.

When MedTech President George Blank needs to call someone in the Costa Rican plant, he knows the facility is just an hour behind East Coast time. And instead of spending nearly a day travelling to Asia, he can be in the capital, San Jose, in under five hours on a non-stop flight.

Even more encouraging, when Mr Blank lands he finds plenty of English speakers attuned to the needs of the US market. He says he has never been asked to pay a bribe, a routine cost of doing business in many developing countries. And he doesn't lose sleep worrying that a competitor will swipe his company's designs, a risk in places such as China, where intellectual property rules aren't widely enforced. "The actual going and doing and seeing and working is much easier than it is in China," declares George Blank, whose Costa Rica plant began production in early 2005. "Business conditions are a little easier."

Costa Rica exports more software per capita than any other country in Latin America. Combined, the information technology and medical clusters employ about 30,000 workers in more than 300 companies, with most of that business materializing in the last decade.

IT in support of Costa Rica

A lot is riding on Costa Rica's ability to continue developing the sectors already described. They pay better than tourism and agriculture, the other pillars of her economy. With unemployment high, one-fifth of households mired in poverty and the economy growing more slowly than many would like, Costa Rican officials are banking on tech-related exports and services to keep the country climbing toward its go al of becoming the first developed nation in Central America.

Obstacles abound, the most obvious being Costa Rica's modest population, which can't produce the hoards of skilled workers needed to keep it among the top offshore destinations, states Mark Minevich, one of the authors of the outsourcing report (Mark Minevich is co-chairman of the BTM Institute, a technology think-tank based in Stamford, Connecticut.

...and there's always Singapore to copy

Mark envisions Costa Rica following the path of Singapore, a small, tech-savvy nation that partners with bigger countries such as Malaysia and Indonesia, which in turn provide much of the workforce for major projects: "The strategy is to do joint ventures - And they're going to have to focus on niches."

Learning from the past

Costa Rica's conversion from a largely farm-based economy to a tech-led one has its roots dating back more than a century. The nation made primary education free and compulsory in 1870. But what really launched the nation on its upward trajectory was its decision to scrap its army in 1949. The resources that had gone to the military were reallocated to higher education, universal healthcare and other human development programmes that have paid huge dividends over the decades. It is little wonder that Costa Ricans have been called the Danes of Central America.

Telefonica finds a buyer for its Costa Rican unit
Investment

Is there a new buyer for Telefonica’s Costa Rican business?
Business 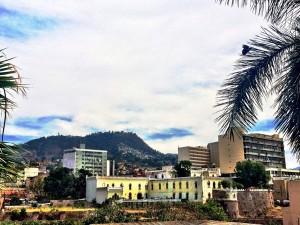 Telefonica may pull out of Mexico and Central America
Operators 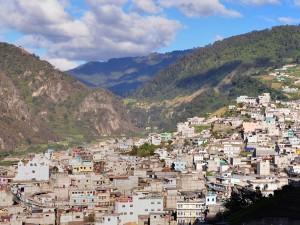 GSMA: Central America’s Mobile Economy is Being Left Behind
Investment