Iran’s increasing mobile penetration is somewhat tempered by a probable base of inactive subscribers, as well as a looming decline in ARPU levels...

Iran’s increasing mobile penetration is somewhat tempered by a probable base of inactive subscribers, as well as a looming decline in ARPU levels, according to BMI.

Iran’s mobile sector is forecast to expand by over 8% in 2012, with the mobile customer base expected to grow to 80.85mn by the end of the year. Iran’s mobile market will likely cross the 100% penetration threshold in early 2012. However, it should be remembered that the bulk of mobile subscriptions in Iran are made up of prepaid users. Many of these are understood to be inactive, meaning that actual penetration rates are almost certainly lower than forecasts indicate.

Expressed in the local currency, MTN had an average blended ARPU of IRR80,471 (US$8) for 2010. This was up by 5.3% compared to the previous year. The growth of MTN’s ARPU, in local currency terms, occurred in spite of the promotions which the operator introduced in a bid to capture market share from mobile market leader MCI. This suggests ARPU growth was driven by other factors, including an increase in the general level of service usage and a trend towards the use of more lucrative data services. In 2011 MTN’s average blended ARPU grew by an estimated 2.4% in local currency terms to IRR82,434. This is despite reports that MTN’s ARPU slipped to US$7.9 in Q311 and Q411.

Over the next five years, ARPU levels in Iran’s mobile sector will come under increasing downward pressure. This trend will mainly reflect the intensification of competition in the market. In addition to new competition from Taliya, which continues to deploy a national network infrastructure, it is likely that another mobile operator will enter Iran. One possibility is that a new operator will enter the market through the acquisition of regional operator MTCE.

Forecasts for Iran’s fixed-line telephony and internet sectors remain unchanged; fixed-line telephony depicts average annual growth of 1.9% in the five years to 2016. Although the annual growth rates are expected to fall in the latter years of its forecast, there will likely be just under 30.5mn fixed lines in service by the end of 2016, with a penetration rate of nearly 39%. Meanwhile, Iran had an estimated 27.34mn internet users at the end of 2011, a penetration rate of almost 37%. Despite strong internet usage growth in recent years, there are signs a major slowdown in growth is under way. This could suggest that the limit of the country’s addressable market of potential internet users is already being reached. 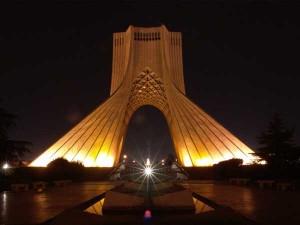